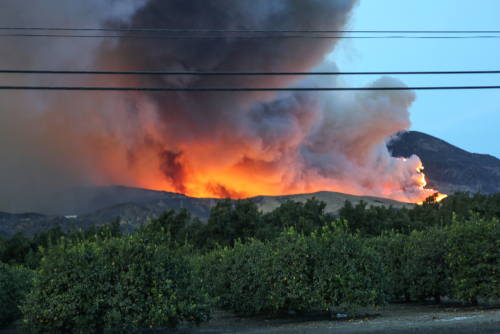 Brussels (Brussels Morning) Cyprus called for international help on Sunday to fight wildfires that started on Saturday and are spreading through the south of the Mediterranean island.

Four people have died and many were forced to evacuate the area as the fire, described as the worst in decades, continues to spread and damages properties, according to BBC .

As strong winds helped the fire to spread, Cyprus called on the EU and Israel to help, while the European Commission noted that Greece has already dispatched firefighting airplanes and that Italy was preparing to do likewise.

Nicos Anastasiades, President of Cyprus, announced the government would “provide immediate assistance to the victims and the families of the victims”, of what he described as the largest wildfire in the country since 1974.

RFI reported that Greece, Israel and other countries had dispatched water bomber aircraft to Cyprus to help deal with the wildfires.

Interior Minister Nicos Nouris noted that four casualties had been found in the Larnaca District. “All the indications support the fact that these are the four missing persons we have been searching for since yesterday”, he said on Sunday, adding that the authorities believe them to be Egyptian nationals.

While it remains unclear as how the fire started, police did state they were questioning a suspect. A 67-year-old had been arrested after being spotted leaving the village of Arakapas in the Limassol District where the fire started on Saturday.

On Sunday, President Anastasiades stated that the fire had destroyed an area of more than 55 square kilometres. Declaring that the wildfire had been largely contained, he cautioned that it could flare up again, stressing “the high temperatures and the high wind are our biggest dangers”.