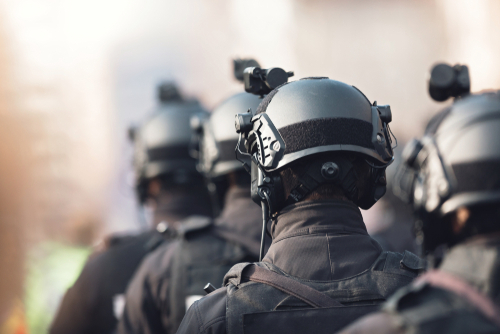 Brussels (Brussels Morning) A controversial anti-terrorism bill passed its first reading in the French parliament on Thursday, the aim being to make permanent many of the temporary emergency measures introduced after the 2015 Bataclan attacks.

The National Assembly passed the bill with 87 votes in favour, 10 against and four abstentions, an outcome welcomed by President Emmanuel Macron’s government, which claimed the legislation would strengthen the legal arsenal against terrorism while protecting individual freedoms, RFI reported.

Opposition right-wing Republicans criticised the bill for not including the even tougher measures their party had proposed during this week’s debate. However, they voted in favour of the bill “in a spirit of responsibility”. The far-left France Unbowed, on the other hand, tried to prevent the final vote, claiming that the new law would initiate a “gradual slide towards an ever more authoritarian regime”.

The law will now have to be examined by the French upper house, the Senate, and approved by the Constitutional Court. Once the new law passes all hurdles, it would incorporate four emergency regulations into existing laws, making them permanent.

The measures set to become part of the common law include the establishment of security zones, closures of some religious establishments, supervision of former prisoners freed from jail after serving full terms for terrorist activities, and the right of French police to enter private homes. All four measures have been in effect since a state of emergency was declared in November 2015.
Seeking to appear tough on terrorism ahead of next year’s presidential elections, the  Macron government has been working hard to broaden the capacity of the state’s intelligence and security system to monitor potential terrorists, seeking to increase even the digital tracking of persons of interest.