Austrian Chancellor refuses to step down despite perjury probe 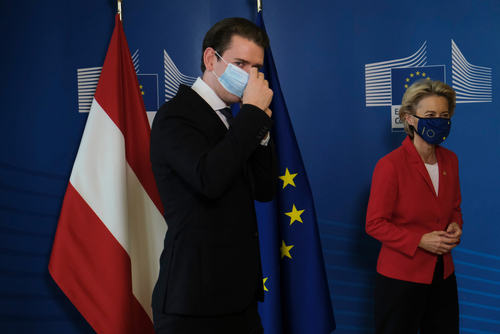 Brussels (Brussels Morning) Despite facing a probe by Austria’s anti-corruption authorities because of  testimony he gave to parliament in the so-called Ibiza scandal, centre-right Chancellor Sebastian Kurz insists he has no intention of stepping down, Der Standard reported.

After the Prosecutor’s Office for Economic Affairs and Corruption announced it had begun an investigation against Kurz, the Austrian Chancellor told ORF national broadcaster that he has no plans to resign, insisting that no crime had been committed.

Kurz, the head of the Austrian People’s Party (ÖVP), is suspected of having lied to the parliamentary investigative committee which probed the so-called Ibiza scandal that caused the collapse of the ruling coalition in 2019. The scandal erupted when a video surfaced of vice-chancellor Heinz-Christian Strache, of the junior coalition partner, the far-right Freedom Party (FPÖ), discussing an exchange of favours for government contracts.

In a parliamentary hearing after the scandal, the parliament looked into allegations that Kurz held discussions with a confidant, Thomas Schmid, about appointing him the head of the state holding company ÖBAG before the job posting had even been advertised.

Kurz denies having had discussions with Schmid, but a series of text messages surfaced later, indicating Kurz had indeed discussed the posting with Schmid, and had made sure he would be appointed.

In Austria, lying in front of a parliamentary committee is treated the same as lying under oath in court. A guilty verdict carries a jail sentence of up to three years. A growing number of legal analysts expect Kurz could soon be formally charged, which would make his political position untenable. Kurz, on the other hand, maintains the Prosecutor’s Office has misunderstood him, and that statements he made before the committee are now being deliberately misinterpreted.