Pashinyan’s fall and the lost hope of Armenia’s westernisation

by Weronika Słomińska
in Europe 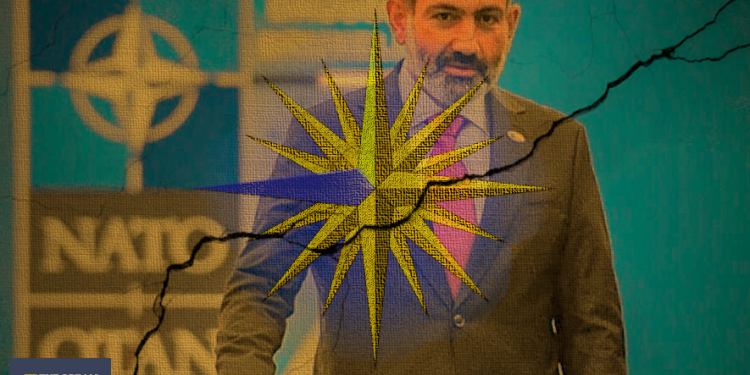 In 2018, a new Armenian prime minister offered promise for a pro-Western trajectory, but three eyars on, hopes of such a course are questionable.

The Hague (Brussels Morning) Armenian Prime Minister Nikol Pashinyan hasn’t had it easy in the past few months. Since 2018, the politician has been Armenia’s hope for another pro-western democracy in the region. However, due to the recent events in the country, these hopes seem to be dropping proportionally to his popularity.

Having come to office on the wave of the 2018 Armenian Velvet Revolution street protests, Pashinyan started his term enjoying wide support, seen by the public as a fresh alternative to the corrupt elite that ruled the country for 20 long years. His rather pro-western inclinations and history hinted at Yerevan’s detachment from Russia and closer cooperation with the West. However, the country’s November defeat in the Nagorno-Karabakh and the prime minister’s loss of popularity turned the tide.

Pashinyan’s views were not aligned to traditional views. He had pro-western inclinations and a rather cool attitude towards furthering cooperation with Moscow. While in opposition, he has been calling for European integration and exiting the Eurasian Economic Union. Nonetheless, while in office, Pashinyan did not take concrete steps to distance Armenia from Moscow. Still, circles in Russia still looked at him with suspicion, expecting him to turn to the West.

The Armenian PM has never been fully trusted by Moscow. After all, he came to office without Moscow’s blessing, on the wave of street protests, ousting the pro-Russian Merzhir Serzhin. Some Russian sources even speculate that Pashinyan deliberately led Armenia to defeat in Nagorno-Karabakh in order to make it easier for the country to detach itself from Moscow and ultimately join NATO.

The recent conversation between Pashinyan and the US Secretary of State, Antony Blinken, seem to affirm his pro-Western inclination. During their phone call, they discussed the importance of the US-Armenia bilateral partnership and American support for the Armenian reforms towards democracy. Moreover, an Armenia-EU Comprehensive and Enhanced Partnership Agreement entered into effect on 1 March that is a milestone for Yerevan’s relations to Brussels. Both sides are committd to strengthening democracy, rule of law and human rights. These steps create an expectation that Pashinyan will deliver on his pro-Western platform and move Armenia away from the Russian orbit.

The Russian-brokered Nagorno-Karabakh peace agreement and, in fact, Armenia’s defeat, has been detrimental to Pashinyan’s image. The ceasefire has been viewed by many as a national humiliation for which the PM is entirely to blame, bolstering the opposition and encouraging breaks within his political ranks.

The prime minister’s turn away from Moscow was noted in February, when Pashinyan openly expressed his doubts about the effectiveness of Russian weapon systems, when he noted that the Iskander missile system that Russia is outdated and during the Artsakh War last November, it only operated at 10% capacity.  This move did not serve him well. Viewed by many as inconsiderate and ignorant, the unfavourable irritated Moscow and, more significantly, triggered a heated debate between the prime minister and the country’s military leadership. The army went so far as to demand his resignation, a call that Pashinyan called ‘an attempted military coup’.

Recent clashes with the military reflect a broader challenge Pashinyan faces with his legitimacy, post-conflict. Subsequent events have indisputably mounted the political crisis, increasing Pashynian’s vulnerability and forcing the call for new legislative elections in June.

The prime minister’s initial plan to distance himself from Moscow are steadily fading. Regardless of this summer elections’ results, even if Pashinyan retains his position, he is unlikely to regain the level of trust and popularity he enjoyed when he came to office in 2018. In all probability, the country’s difficult geopolitical situation will put pro-western ambitions on hold, if not take them off the table altogether. Russian authority in Armenia is strengthening rather than declining.

With the indifference and lack of Western support during the Nagorno-Karabakh and as Russia emerges as the primary guarantor of Upper Karabakh’s security, the post-soviet country cannot afford to break its ties with Moscow. Pashinyan seems to accept this bitter truth. On his meeting with Vladimir Putin on 7 April, Pashinyan praised Russia’s efforts in Karabakh, recognised the positive role of Russian peacekeeping forces on the ground, and discussed the advancement of bilateral economic relations.

On the other hand, Armenia-NATO relations that used to be important for Pashinyan are cooling down. Recent reports of Armenia participating in NATO March’s Defender Europe 21 military exercise together with 26 NATO and PfP member states have been denied by Armenia’s Defense Ministry. While the country’s participation in the exercise could have solely been a communication error, it is not the first time Armenia is dropping out of similar training exercise at the last minute, as in 2017, before Pashinyan came to office. These events suggest a pattern of drawing back from cooperation with the West whenever the sentiment within the country leans towards Russia.

Not much is left of the pro-western hopes surrounding the Pashinyan’s coming to power. Although the politician’s personal views haven’t been articulated directly, the situation in the country speaks for itself. The recent Armenian-Azerbaijani war and its aftermath proved the inability or unwillingness of the West to act as the Armenian protector, leaving Russia as the primary patron of the post-soviet country, now as vulnerable as ever. That is a practically insurmountable obstacle to any Western-oriented leader, let alone a largely unpopular prime minister.

The elections planned for June may change Yerevan’s political landscape, but even then, the country’s political course is impossible to turn against Moscow. This is not the time for an Armenian foreign policy turn.