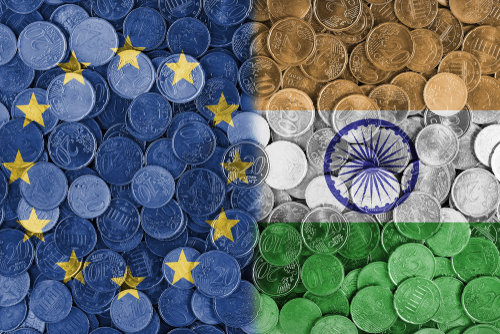 Brussels (Brussels Morning) The EU and India agreed to resume stalled trade negotiations and to strengthen cooperation to fight against climate change at their virtual meeting on Saturday, Reuters reported.

The heads of all 27 EU member states participated in the meeting with Indian Prime Minister Narendra Modi, a clear indication of the bloc’s renewed interest in closer cooperation.

In 2013, the trade talks ground to a halt over disagreements about patent protection, data security, tariff reductions and the right of Indians to work in the bloc.

“We agreed to resume negotiations for a… trade agreement which would respond to the current challenges”, the leaders stated after Saturday’s meeting, noting that, for the talks to succeed, both sides must address obstacles to market access.

The EU and India are to start separate talks on investment protection and premium geographical identification in order to protect premium brands linked to specific geographic locations such as Champagne and Darjeeling.

The EU has been taking a more active stance in the Indo-Pacific region in response to China’s growing assertiveness there, a development that has been giving rise to growing alarm among Western countries and their allies in the region.

According to a post-summit joint statement, the two sides “agreed that, as the world’s two largest democracies, the EU and India have a common interest in ensuring security, prosperity and sustainable development in a multi-polar world”.

“We recognised the importance of strengthening the specific mechanisms for the promotion of human rights and the role of national human rights institutions, civil society actors and journalists”, the statement stressed.

In an effort to counteract China’s Belt and Road Initiative, India and the EU have agreed to launch joint infrastructural projects, especially in Africa.