Lily of the valley: the official French labour day flower 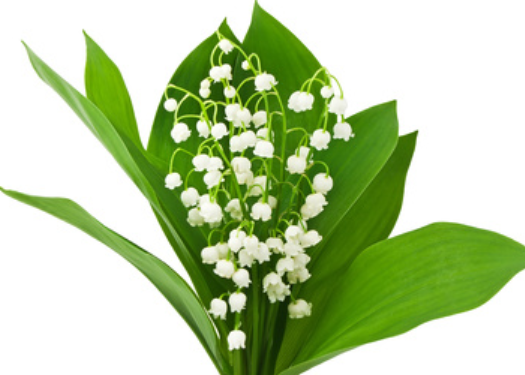 Paris (Brussels Morning) It’s a tradition that precedes the origins of Labour Day but have become a synonym to the 1 May bank holiday in France. Otherwise known as Convallaria Majalis, the lily of the valley is recognisable by its fragrant scent and small bell-shaped petals or clochettes. Believed to have originated in Japan, this toxic flower can be found throughout Europe, as well as some parts of Asia, and commonly bloom between April and May.

During the 2020 lockdown restrictions, the tradition around the offering the flower was completely forbidden, but this year it will be revived, within the social distancing and business restrictions still in place.

Offering a sprig of lily of the valley dates back to the Renaissance and the reign of Charles IX. It was on 1 May 1560, when Charles IX was offered a sprig of lily of the valley while he was visiting the Dauphiné, today’s region around Grenoble. In the countryside, it was customary to offer a branch to chase away the curse of winter and bring a “brin de bonheur” — a grain of happiness. Touched by this intention, the king decided to make it a tradition the following year by offering it to the ladies of the Court.

The tradition disappeared over the centuries but is said to have been revived by the songwriter Félix Mayol. During a performance on 1 May 1895, he received a sprig of lily of the valley that he decided to keep in his buttonhole following the success of his show. Brought back to life, the tradition prevailed in the Paris region during the 20th century.

Men often gave bouquets of lilies of the valley as tokens of affection or, in their absence, they sent romantic postcards featuring pictures of the flower accompanied by wishes of good luck. The card-sending ritual is still practiced today.

The great French couturiers added to the custom by offering it to their customers and employees. Christian Dior also contributed to the popularity of the plant by making it his favorite flower.

Nowadays, it is handed out to family members on 1 May as a symbol of good luck for the coming year. According to the tradition, receiving a sprig with 13 clochettes brings even more luck for the year ahead.

The first day of May has huge symbolism for France, for its remembrance of workers’ rights and the student upheaval of May 1968. In June 1889, the Congress of the Socialist International, gathered in Paris to celebrate the centennial of the French Revolution, declaring 1 May as the international workers day, to commemorate the events of 1886 in Chicago.

In 1919, the eight-hour day was introduced, and 1 May remained a non-working and unpaid day. It was not until 1941 that Workers’ Day by Labor Day was replaced under the Vichy regime. The lily of the valley was then chosen to replace the red rose, which was considered too associated with the left. First of May become a public holiday, non-working, but paid, in 1948.

Nowadays, 1 May is the only day when selling the flower can be done by individuals rather than just florists or supermarkets. And while it’s normally forbidden to sell flowers on public streets, the ban lifts for 1 May in honor of this long-standing tradition with roadside pop ups all over the country. Under COVID-19 restrictions in 2020, florists were only able to sell through “click and collect”, and individual sellers were banned from setting up stalls.

This year, however, the tradition returns once more, as florists are classified as essential businesses, while adhering to government-imposed conditions.

Individuals can also sell bouquets, as long as they remain undecorated with other flowers and preclude any roots. By law, the sale must be executed “without the use of fixed installations including a table”, at a minimum range of 40 meters of a professional florist and not further than 10 kilometers from the seller’s residence.