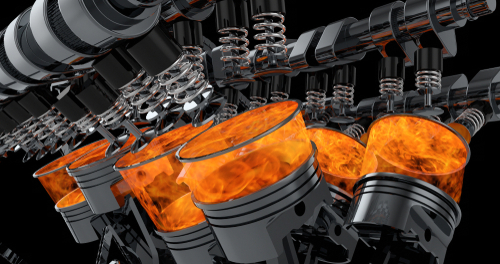 A groundbreaking court decision in Germany may expedite the race to end fossil-fuel powered vehicle sales by 2035.

Hamburg (Brussels Morning) Sales of electric vehicles have nearly tripled in China in the first quarter of 2021, year on year. Industry analysts at Wood Mackenzie project a 15-fold increase for new energy vehicles (NEV) by 2035.

Forecasts are based on the Energy-saving and New Energy Vehicle Technology Roadmap 2.0. published under the guidance of the Chinese Ministry of Industry and Information Technology (MIIT). Wood Mackenzie expects Internal Combustion Engine vehicles to be succeeded by a plethora of new energy vehicles technologies (NEV): battery electric vehicles (BEVs), plug-in hybrid electric vehicles (PHEVs), and fuel cell vehicles (FCEVs). According to Chinese sources, Wood Mackenzie may be way too optimistic about the role of PHEVs.

The Chinese government plans to phase out production of internal combustion engine (ICE) vehicles by 2035. The industry’s reference document in the Chinese market — the biggest for electric vehicles in the world — was published by the Chinese Society of Automotive Engineers (China SAE) in October 2020. The document frames a new technology roadmap for China’s automotive industry that is in line with Beijing’s decarbonisation commitment. Therein, the automotive sector is projected to reach a carbon emissions peak in 2028, ahead of the 2030 deadline set by China’s President XI Jinping. In a second phase, the pace of decarbonisation is set to accelerate and the auto-industry is expected to reduce its emissions by over 20% by 2035.

In Europe, despite ambitious climate goals (2030-2050) automakers have been generally reluctant to abandon the traditional IC drive. However, a historic decision by Germany’s Constitutional Court on Thursday may expedite the industry’s transformation in Germany as well as in Europe. The Court ruled that the government’s policies is insufficient to contain the pace of climate change and, therefore, undermine the rights and freedoms of young people.

Bottom line: Germany will have to improve its emissions targets by 2031.

Following Thursday’s court ruling, Internal Combustion Engine supporters might not get the powerful support they expected in their effort to slow down EU environmental reforms. This historic decision could have direct impact over the European automotive industry as well as the broader policy context. Next week, this column will discuss this development with Sascha Müller -Kräner, CEO of the Deutsche Umwelt Hilfe, who together with the Fridays for Future campaign were the lead plaintiffs in the said case.

The tide is changing

The tide has changed in Europe and corporates talk more about “when” and “how” rather than “whether” industrial transformation will come to fruition. A coalition of 27 tier-one companies — including IKEA Retail, Sky, Uber, Vattenfall and Volvo — delivered an open letter to the European Parliament calling to end fossil fuel-powered car sales by 2035. Rapid uptake of electric cars is singled out in the letter as a key element of Europe’s bid to become climate neutral by 2050.

The Sino-Swedish auto-maker, Volvo, is one of the signatories. The firm is committed to stopping internal combustion vehicles by 2030, favouring an all-electric future. But that requires clear policy direction and government planning that will align the industrial cluster. The destination is clear: the target should be set to “0-gram CO2/km for the whole fleet by 2035”, meaning there is some way to go.

Emission standards that came into force in 2021 set a 95g/km CO2 benchmark. With this pace, emissions should drop by 15% by 2025 and 37.5% by 2030. To accelerate the process, European companies are calling for a master plan, complete with provisions for Europe-wide investment in charging infrastructure and fiscal incentives that will facilitate the transition.

Change is inevitable. Even the notoriously garrulous European Automobile Manufacturers’ Association (ACEA) — the auto-manufacturers lobby group — has given up on its traditional rearguard position, suggesting that the industry is open to tighter emissions standards “provided that they are directly linked to binding commitments from member states to roll out the required charging points and hydrogen stations”. Above all, investors need clarity.

To defend jobs and industrial capability, EU governments, legislators and regulators must work together to provide clarity and timeframes for the transition. Ideally, some industry experts claim what’s required is an end date for the sale of internal combustion vehicles. A revision of EU emissions standards is already due in June to match the ambitious overall objective of a 55% reduction in greenhouse gas emissions by 2030.

The new emission standards (Euro-7) will require additional measures, that are technologically manageable, and that will probably not be mandatory before 2027. But as soon as they are set, implementation measures will be fierce. Following the emission-cheating software scandal that tarnished the auto-industry, the limit value is defined as a total budget for a defined test. Standards will be tested both in the factory and on the road. Trust is not abundant.

But the combustion engine will not be phased out immediately. Euro-7 emissions standards will not lead to the end of petrol and diesel engines, despite warnings to this effect from Clepa, the automotive suppliers association, and its recent aggressive communications campaigns. But a final draft of the regulatory package will be delivered by the European Commission in November 2021. Until then, many things are at play.

The new regulation may be too mild for certain polluting and greenhouse gases like methane and laughing gas, as well as for trucks. For regulators, the main discussion seems to be around CO2 fleet (emissions) limits. Those should drive the transition to mass e-mobility. From an environmental perspective, the danger is that the Euro-7 regulatory package may have minimal effect compared to the Euro 6d-ISC-FCM regime currently in place. The cost for public health will be significant.

During the 2019 “ETH Conference on Combustion Generated Nanoparticles”, Maurizio Maggiore, a senior European Commission expert, noted that the health effect of particular pollutants is underestimated. We now think that air born pollutants kill 800,000 people a year rather than the usual estimates of 400,000. Another issue, Maggiore points out, is that mass standards might not be sufficient, as nanoparticles are not monitored because they escape detection. Widespread health concern rather than EU regulations may eventually drive cars out of EU cities, he concludes.

The new CO2 limits will change the composition of the fleet in the EU, the US and China. Volkswagen predicts that 60% of new cars will be battery-electric by 2030. The remaining 40% will have a combustion engine. That is a considerable surge compared to the 10% share of car sales that purely electric cars have in Germany. But that does not quite spell out the end of the fossil fuel era. The German Court ruling may be the straw that breaks this camel’s back and that’s a good thing.