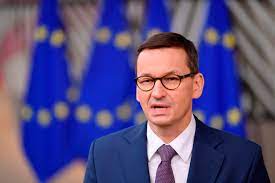 Talks between the Social Democratic Party (SDP), the Centre Party, the Green League, the Left Alliance and the Swedish People’s Party ended without agreement, creating fears that the Centre Party could withdraw its support from the government and halt ratification of the recovery fund – which needs all 27 member states to ratify it.

Swedish media report that Centre Party leader, Science and Culture Minister Annika Saarikko, told Socialist Prime Minister Sanna Marin that her party would leave the government, after clashing with other coalition members on a number of contentious issues, including job creation, unemployment benefits, and compensation for peat producers.

Saarikko withdrew her initial announcement, opting to stay in the cabinet and back the government during the pandemic recovery fund’s ratification. The government paused its negotiations on plans to use the fund for the country’s economic recovery on Tuesday, without indicating when party leaders will return to discussions.

Analysts warn that Saarikko’s departure from the government would leave its future unclear, with snap elections a serious possibility, given the unlikelihood of Marin cooperating with the right-wing populist Finns Party (PS), or the centre-right National Coalition (KOK).

Marin emerged as Prime Minister after the 2019 parliamentary elections, with SDP, PS and KOK finishing almost neck-and-neck in the first three places, winning 40, 39 and 38 seats respectively in the 200-seat parliament. The departure of the Centre Party’s 31 deputies probably spell the end for the Marin government altogether. Snap elections point to a net win for the Finns Party, which currently leads in the polls.