EU, US reject unverified proposal to break up BiH 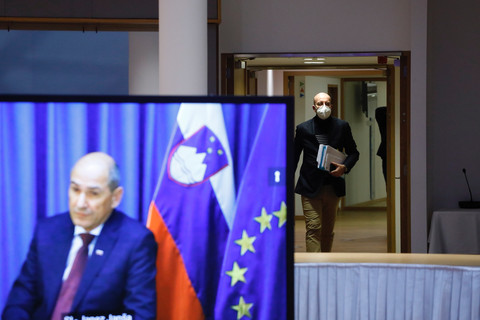 Brussels (Brussels Morning) The EU and the US rejected the idea of breaking up Bosnia and Herzegovina on Monday, in responding to a non-paper which had proposed redrawing borders in the Western Balkans along ethnic lines, Reuters reported.

The document proposed balkanising BiH and merging parts of the country with Croatia and Serbia as well as merging Kosovo with Albania in order to speed up EU enlargement in the region.

BiH was alarmed by the proposal, seeing it as a threat to the country’s territorial integrity some 20 years after the Yugoslav Wars which shook up the region.

No country has laid claim to being responsible for the non-paper, although reports have attributed it to Slovenian Prime Minister Janez Janša. Reuters made clear it was unable to verify its authenticity independently.

EC and Washington reject the idea

European Commission spokesman Eric Mamer stressed “we are absolutely not in favour of any changes in borders” while the US warned that redrawing borders could enflame tensions in the Western Balkans.

US State Department spokesman Ned Price issued a statement asserting that “recent unwarranted speculation about changing borders in the Balkans along ethnic lines risks fostering instability in the region and evokes memories of past tensions”.

Croatia and Slovenia have acceded to the EU, while other former Yugoslav countries and Albania look to join the bloc.

The EU insists aspiring members must resolve open bilateral issues and implement democratic reforms before joining the bloc. However, it also wants to maintain good relations with countries in the region in the face of efforts by China and Russia to expand their influence.

After meeting with Serbian President Aleksandar Vučić in Brussels on Monday, EC President Ursula von der Leyen said that the bloc wants “to see positive developments in the rule of law” in Serbia.

The two talked about Serbia’s relations with Kosovo, which, having  gained independence from Serbia, has yet to be recognised by several EU member states.

Von der Leyen noted further that the EU is in favour of the proposed railway between Belgrade and North Macedonia.