Moscow orders its troops to withdraw from border with Ukraine 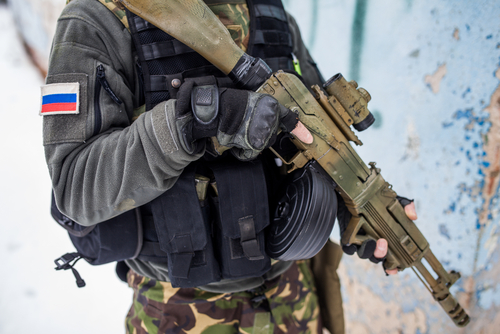 Brussels (Brussels Morning) Russia’s Defence Minister Sergey Shoigu announced on Thursday that he has ordered all troops stationed at the border with Ukraine to return to their regular positions, Deutsche Welle reported.

“I believe that the goals of the snap check have been fully achieved,” Shoigu declared in Crimea. “The troops have demonstrated their ability to provide a reliable defence of the country. In this regard, I have decided to complete the inspections in the Southern and Western military districts”.

The Defence Minister said the troops would start returning to their permanent deployment centres starting 23 April. He did note, however, that the army’s heavy weapons would remain in place, some 160 kilometres east of the border, so that they can be used for a further military exercise this year.

According to the Interfax news agency, Shoigu also said that the Russian military has to be prepared to respond quickly in the event of an “unfavourable” development in the situation during the NATO Defender Europe exercises. The US-led exercises consist of international drills and manoeuvres. First launched in 2020, they were expanded to the current year.

The Russian order to withdraw was issued at a time when more than 100,000 troops were stationed near the Ukrainian border. Their presence had raising tensions significantly between Moscow and Kiev in a period during which Ukrainian forces and Moscow-backed pro-Russian separatists were piling up ceasefire violations in Ukraine’s eastern Donbass region.

Ukraine’s President Volodymyr Zelensky welcomed the withdrawal, acknowledging that the move would ease tensions greatly. “Ukraine is always vigilant, yet welcomes any steps to decrease the military presence and de-escalate the situation in Donbas. Ukraine seeks peace,” Zelensky declared on Twitter.
Faced with rising tensions and the threat of Russian troops on his border, Zelensky had spent the past weeks urging western countries to pledge their support to Ukraine in case of an attack, and seeking sponsors to back his country’s NATO membership bid.