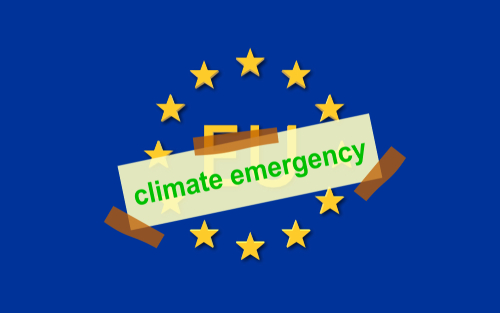 The new legislation represents a framework that will help steer the bloc’s environmental regulations in the coming decades towards carbon neutrality by 2050.

The agreement was clinched before the US-hosted global summit scheduled for Thursday and Friday, at which countries are to present their environmental plans.

According to the EU, collective reduction of CO2 emissions to net zero would limit global temperature rise to 1.5 Celsius above pre-industrial levels, preventing the most negative effects of climate change.

Deal still to be formalised

The European Parliament and 27 EU member states reached the agreement early on Wednesday, after a long night of talks and months of negotiations. The agreement still has to be passed in the EP and approved by national governments.

Environmental activists wanted the 2030 target set at 65% while the EP advocated a cut of 60%.

The new law will be the basis for a large package of regulations aimed at speeding up the green transition this decade that the bloc is to adopt in June.

The package should include changes to the EU carbon market, stricter emission rules for automobiles and new taxes on the import of polluting goods.

According to the new law, the European Commission is to set up a bureaucratic body to monitor progress and advise the Commission on climate policies.

Frans Timmermans, Executive Vice President of the EC for the European Green Deal, hailed the achievement as ” a landmark moment for the EU.”

“We have reached an ambitious agreement to write our climate neutrality target into binding legislation, as a guide to our policies for the next 30 years”, he declared.