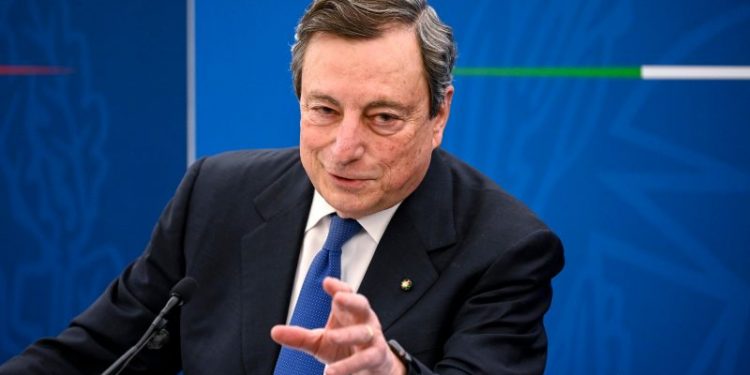 In comments on European Commission President Ursula von der Leyen’s visit to Ankara last week, Draghi asserted that Erdoğan had humiliated the EU leader, citing the need to be frank with dictators.

Turkish officials condemned Draghi’s remarks. Erdoğan said the Italian Prime Minister had damaged relations between the two countries, adding that Draghi did not have the democratic legitimacy to make such comments.

“The statement made by the Italian prime minister is total impertinence and disrespect,” Erdoğan said, noting that it came at a time “when we hoped Turkey-Italy ties could reach a good point”. Instead, by making his statement, “Draghi has unfortunately torpedoed the ties between us”.

Erdoğan noted that Draghi had been appointed, rather than elected. Citing the need for self-awareness, he claimed that Draghi was apparently not aware of his own history.

Draghi was appointed Prime Minister of Italy by President Sergio Mattarella in February this year, after the previous government collapsed due to party infighting.

When he met with von der Leyen and European Council President Charles Michel in Ankara last week, Erdoğan took one of the only two chairs, with Michel taking the second, leaving von der Leyen to seat herself on an adjacent sofa. Von der Leyen expressed concern over Turkey’s human rights record during the visit.

Relations between NATO members Italy and Turkey have been largely positive in the last few years, with the two countries discussing the conflict in Libya, defence cooperation and friction in the Eastern Mediterranean, among other issues.In contrast, relations between the EU and Turkey have been strained, with tensions rising over the crackdown that followed the failed 2016 coup in Turkey.