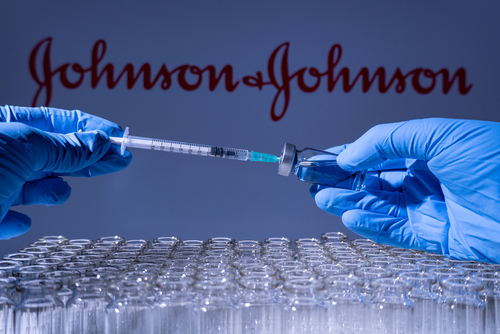 Brussels (Brussels Morning) COVID-19 vaccine manufacturer Johnson & Johnson is delaying rollout of its vaccine in the EU as US health authorities pause its use following reports of “rare and severe” blood clots in a number of female recipients. After the AstraZeneca shambles, the EU is unhappy about yet another hold-up in supplies that threatens to setback the bloc’s ill-starred vaccination campaign even further.

“We have been reviewing these cases with European health authorities. We have made the decision to proactively delay the rollout of our vaccine in Europe and pause vaccinations in all Janssen COVID-19 vaccine clinical trials while we update guidance for investigators and participants”, Johnson & Johnson stated on 13 April.

However, despite the delay, the pharmaceutical manufacturer said that as of now no “no clear causal relationship has been established between these rare events and the Janssen COVID-19 vaccine”, referring to Johnson & Johnson’s European subsidiary.

With both vaccines approved for use in the EU, the Johnson & Johnson vaccine had yet to be rolled out, while a number of EU member states had halted or limited the use of AstraZeneca.

As of 13 April, some 6.8 million doses of the Johnson & Johnson vaccine had been administrated in the US. This week, the company started delivering doses to EU member states. By the end of June, the EU was set to receive around 50 million doses.

“The first doses are leaving warehouses for member states today”, a European Commission spokesperson said during a news conference on 12 April, prior to the official US announcement halting use of the vaccine.

Shortly after the US reported the side effects, the Commission said it was seeking “urgent clarification” from the company, as reported by the Guardian. Last month, the Johnson & Johnson vaccine was approved by the European Medicines Agency (EMA), however, the EU regulatory body has now confirmed it is reviewing four cases of blood clots in women who had taken the jab, according to Reuters.

The Johnson & Johnson delay represents a further setback for the EU, after the prolonged controversy about the AstraZeneca jab culminated in the EMA announcing a “possible link to very rare cases” of unusual blood clots. US authorities ended up not giving the go-ahead for the AstraZeneca vaccine.

Meanwhile, a number of countries in Europe have been considering combining different COVID-19 vaccines, in a bid to accelerate achieving herd immunity. However, the EMA has said that currently there are no guidelines on the efficacy of mixing vaccines.