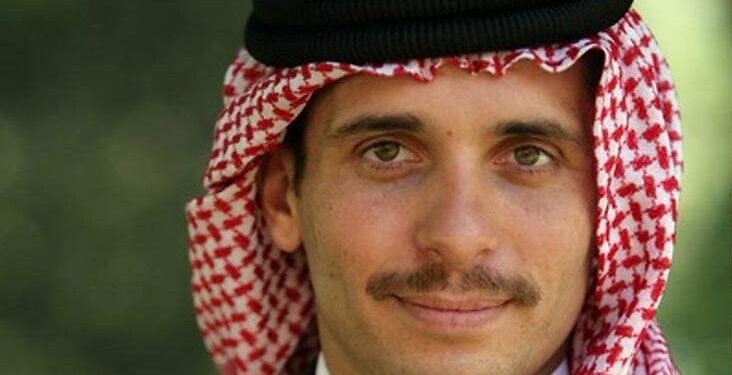 Last week, events shook the image of stability the Jordanian royal establishment takes pains to maintain towards its Western allies.

Observers doubt allegations of foreign meddling or a plot to destabilise the country but have pointed towards an increasing crackdown on dissent and opposition even when it comes from among royal circles. As the country’s problems accumulate and the king’s popularity dwindles, they warn of more repressive and undemocratic tactics to come.

Evolution of a crisis

Prince Hamzah was placed under house arrest in early April, as a number of his close associates and other officials were arrested and accused of conspiring to destabilise the country.

When the head of the military informed the prince that he were not to leave his palace or communicate with the outside world, he released two videos to the BBC saying he had received a “warning from the heads of the army, the police and the intelligence services”, known in the region as mukhabarat, while making clear he was “not part of any conspiracy or nefarious organization or foreign-backed group, as is always the claim here for anyone who speaks out”.

He added that “unfortunately, the country has been stymied in corruption, nepotism and misrule and the result has been the loss of hope in the future, in our dignity and the constant threat because we simply want to speak the truth or try to express our concerns and hopes for the future”.

But the next day, deputy prime minister and minister of foreign affairs Ayman Safadi directly accused the prince of conspiring with foreign elements against the stability of the country. Referring to security services intercepting “certain communications speaking about a zero hour”, led them to believe that “the alleged plotters” moved from designs and planning to action”, the Washington Post quoted Safadi, “As a result, it was necessary for the security and intelligence apparatuses to move to throttle at birth this malicious plot”.

While no one offered further evidence to support the prince’s part in some plot, Hamzah released another voice recording saying that he would disobey the military’s orders.

Prince Hassan bin-Talal, uncle of the king, was then entrusted with leading the mediation, which ended with the royal court announcing that Hamzah had pledged his allegiance to the monarch and remains “committed to the Hashemite family’s approach and the path King Abdallah entrusted his uncle with”.

King Abdallah himself broke his silence on Wednesday to say that while the crisis was not the most dangerous for the country’s stability, it was the “most painful” and that he felt “shock, pain and anger, as a brother and as the head of the Hashemite family, and as a leader of this proud people”, France24 reported.

Hamzah is considered a popular and modest figure in the country and has close interaction with powerful tribal leaders who would openly criticise the government of corruption and inefficiency dealing with the economy, unemployment and poverty.

However, rumours within Jordan and beyond were rife with theories over foreign meddling in the situation, more so because among those arrested were figures with close contacts with Saudi Arabia.

Sharif Hassan bin Zaid, a member of the royal family, had previously served as Jordanian envoy to Saudi Arabia, while Bassem Awadallah, once head of the Jordanian royal court, is now a close advisor to the Saudi Crown Prince Mohammad Bin Salman, the Guardian wrote.

Awadallah’s case has especially prompted observers to repeat that rumours of a conspiracy with alleged Saudi support have circulated for months. According to Middle East Eye, Awadallah now lives between the UAE and Saudi Arabia, where he maintains extensive business partnerships. Although Saudi Arabia was the first country to express its full support for King Abdallah, the Saudi foreign minister’s visit to Amman allegedly came with a message of support to the monarch but also a demand to release Awadallah, according to Washington Post unnamed sources.

Both Saudi Arabia and the UAE would be motivated to weaken the kingdom further, David Hearst suggests, in view of their burgeoning relationship with Israel, following the Abraham Accords of last summer. King Abdallah denounced the “deal of the century” negotiated by former US President Donald Trump and senior adviser Jared Kushner, thus moving away from his two main Gulf donors.

Relations between King Abdallah and Israeli Prime Minister Benjamin Netanyahu are also reportedly at a low, mainly due to the Palestinian issue and custodianship of the al-Aqsa mosque (a prerogative of the Hashemite dynasty ruling Jordan). Recent tensions also include Israel’s refusal to pump water back to Jordan, an obligation under the 1994 peace treaty, and its complete neglect of Jordan in its “vaccine diplomacy”.

For a number of observers, these are reasons why King Abdallah may be over-suspicious of his younger brother’s aspirations. As neighbouring countries allegedly seek to destabilise Jordan and with the king’s popularity under question, Prince Hamzah could well be regarded as an alternative.

On the other hand, for some, it is less credible a coup attempt was underway.

Brookings Senior Fellow Bruce Riedel suggested that the army and intelligence service moved preemptively, quickly and efficiently to round up and arrest dissident suspects, adding that “there are no reports of dissent in the military or security forces”. For Jordan specialist Professor Curtis Ryan, the move was a case of killing two birds with one stone.

“The names of Awadallah and Prince Hamzah don’t usually appear in the same sentence”, he told Foreign Policy, adding that “the two come from different worlds, with Awadallah an unpopular member of the new technocratic elite, whereas Prince Hamzah’s power base is associated with Jordan’s tribal leaders and traditionalists”.

Furthermore, despite the mistrust between Netanyahu and Abdallah on the political level, security cooperation between the two countries is quite close, making it hard to imagine that the Mossad was unaware of any coup attempt ready to materialise. Security officials were apparently in close contact with their Israeli counterparts while the arrests were ongoing.

According to the New York Times, the latter were reassured that there was no coup attempt, the situation was under control and that “its gravity had been exaggerated by the news media”.

Middle East scholar Gerd Nonneman said that “dodgy and incompatible bits of disinformation” surround the issue and sees a “badly mishandled attempt by the security services to contain a popular prince with critical views [..] now reined in by Abdullah himself with Hassan’s help”.

Jillian Schwedler, professor of political science and Middle East scholar, maintains that the timing shows an increasing crackdown on any form of dissent at a time when even traditional constituencies of support to the monarchy are breaking the taboo of openly criticising the king.

The Jordanian public prosecutor issued a gag order on Tuesday that barred news outlets and social media users from discussing the royal rift as speculation over the facts increased.

“The government has tried to silence this growing dissent through harassment and draconian changes to its anti-terrorism and cybercrimes laws”, Schwedler writes, “Such criticism is considered an act of terrorism. Intelligence agents seek any excuse to shut down free speech, arresting and detaining citizens for trivial acts such as satirizing the peace treaty between Israel and the United Arab Emirates”.

As the economy sinks and the country is ravaged by almost 8,000 COVID-19 cases per day at the end of March, Jordanians took to the streets over taxes, unemployment and cuts in subsidies and the government response is pointing towards more repression.

According to Schwedler, “the regime is throwing its security services’ full force into suppressing political dissent, adding Jordan to the growing list of countries that are becoming more repressive and less democratic”.