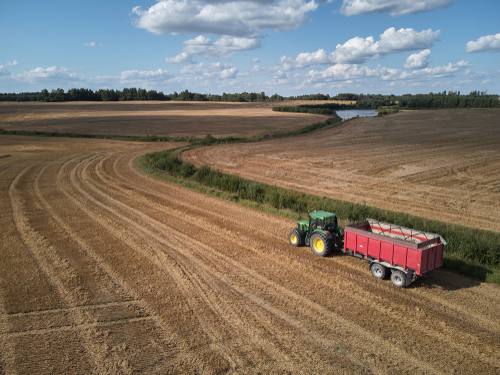 “We will use all the means at our disposal”, French Prime Minister Jean Castex promised during a visit to a farm in Ardèche, in south-eastern France. Castex announced plans to remove caps on the government’s compensation scheme for agricultural disasters, adding that the government would bring together bankers, insurers and others to respond to the crisis.

The government had already activated the scheme designed to help offset crop losses caused by natural disasters such as drought, flooding and frost. The widespread frost that covered swathes of France last week has been one of the worst in recent decades, and was especially damaging to vineyards and orchards.

As many as ten out of France’s 13 regions were affected, adding up to more than three-quarters of the country, with many wine and fruit growers reporting much of their harvests lost.

According to French media reports, prohibitive insurance costs proved beyond the reach of many farmers, with only about 30% percent of winemakers having frost insurance. Others claim insurance costs would add up to more than the eventual premium. Instead, many winemakers resorted to lighting small, controlled fires in their vineyards to ward off the frost from their plants.

Castex noted that the weather patterns seem linked to climate change, saying the government “must follow up on structural change” to help the agricultural sector. “France needs a strong agricultural sector, it’s a question of sovereignty”, he declared.
Such goals could be reached with the Common Agricultural Policy at an European level, but also with the proposed climate law, which currently awaits debate in the French parliament.