Public Investment: why America’s ‘more’ is better than Europe’s ‘too little’ 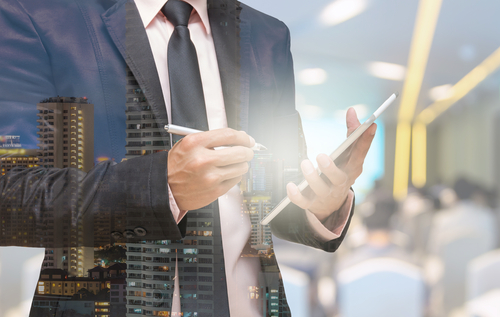 The US is deploying approximately 25% of its GDP to bolster the economy in comparison to a more timid approach from Europe, the former will likely prove better for labour market recovery.

Berlin (Brussels Morning) There is now hope that the global economic situation will rebound as the pace of vaccination picks up. It is, therefore, the time to take stock of the crisis in the northern hemisphere but, unfortunately, this balance sheet does not turn out well for Europe.

Although the US got off to a late start with anti-coronavirus measures last year, it reacted very quickly to the massive economic slump and is now in a comparatively better position. Furthermore, the US vaccination rollout is picking up and Washington has launched a massive stimulus program to boost the economy. Once again, Europe has to reflect on why we risk permanent damage while the US is acting quickly and decisively.

Where does Europe stand?

Figure 1 shows unemployment trends in two of the three regions critical to the global economy. The rise in unemployment was enormous in the US last spring, while Europe relies on short-term employment that does not show up in unemployment figures. But the return to a more tolerable level was achieved very quickly in the US. It is not inconceivable that the US economy will return to unemployment levels below 5% later this year, putting it back onto a full employment track.

Figure 1: Unemployment in the US and the Euro area

Europe’s plight is obvious: Even after the financial crisis of 2008/2009, it was not possible to reign over unemployment to an extent that it would justify speaking of high levels of employment or even full employment comparable to the US. Rather, before the start of the COVID-19 crisis, European unemployment stood at 7.3% — still unpleasantly high in itself — while the US looks back to a 3.5% unemployment rate at the start of 2020, half the European rate.

European problems become even clearer when the Eurozone is viewed on a disaggregated basis. Figure 2 shows that the second-largest country in the EMU, France, had only just managed to subdue unemployment to pre-financial crisis levels – a decade ago – when it was hit by the pandemic. In January 2020, French unemployment was still above 8%. In the third-largest European Monetary Union (EMU) economy, Italy, unemployment stood at 9.5%, whereas 13 years earlier it stood below 6% (the drop in 2020 was due to statistical errors). Thus, even before the pandemic, both countries were miles away from a situation in the labour market that could be described as normal.

Only Germany had managed the feat of using the years after the financial crisis to gradually reduce unemployment to levels comparable to the US labour market. However, this special development was due to the fact that Germany abused the EMU to create advantages for itself in international trade through politically enforced and unjustifiable wage dumping.

Because of its high current account surpluses, Germany was able to improve its overall situation even without government stimulus, going through consecutive surplus years. Logically, other countries could not emulate this policy because a Europe-wide surplus policy would have been met with much harsher protectionist measures by international trading partners.

Why the state must think and act big in a crisis

As we have seen in the wake of the coronavirus shock, economic crises always follow similar patterns. If one follows these trends closely, appropriate action becomes obvious as do the necessary dimensions of economic policy. If we compare the coronavirus crisis with the financial crisis, we see an almost similar response from the private sector despite the crises’ completely different causes. Whenever demand in the economy as a whole falls and uncertainty spreads, private households and companies reflexively reduce their own spending and thereby increase their savings.

From a microeconomic perspective, this reaction is perfectly understandable and rational. Individuals experiencing a drop in their income must adjust their spending behaviour, which means reducing spending. Because reduction in spending means, in turn, a reduction in revenue elsewhere, this rational “micro-reaction” aggravates macro-economic misery. Without a deliberate counter-reaction, the economy will enter an inexorable downward spiral.

The only one who can respond with an eye to this threat is the state. For it is a sufficiently large economic actor and, unlike private individuals, it is the master of money. The need for a deliberate counter-reaction for the coronavirus was much more obvious for state institutions than in a crisis triggered by the financial markets, because the state itself had triggered the demand shock with social distancing measures. Consequently, almost all countries reacted quickly and with considerable resources.

In the EMU as well as in the US, government deficits have risen massively. The US deficit swelled from the already high 7% of GDP level of 2019 to over 15% in 2020, that is, a level unprecedented in peacetime. In the EMU, where German-led efforts have been made to tightly contain sovereign deficits, there was an equal 8% surge. The increase in private savings balances of households and companies was also of an almost identical magnitude in both regions, at 12% and 11% respectively.

Nevertheless, the US response is likely to be ultimately more successful than Europe’s. Although many of the funds allocated to the affected countries in EMU in 2020 are not likely to be spent until 2021, it is clear that a stimulus matching US levels under recently adopted legislation will not be possible in Europe. If we mechanically add the 1.6 trillion euros package adopted in the US to the 2020 national deficit of around 2.8 trillion euros, we reach 4.4 trillion euros, or a quarter of American GDP. While this stimulus is likely to be stretched out over a few years, it nevertheless means that the government will be powering the US economy. In light of this, the 6.5% GDP growth expected by the US Federal Reserve cannot be dismissed out of hand.

Nothing comparable can be expected in Europe. To the contrary, a tussle is already emerging over the question of when the state can withdraw to let the “normal forces of growth” take over. No one in Europe, especially in Germany, can or is willing to understand that this “normal growth” will not happen in the short run given the current constellation of economic conditions. There is no means other than government demand to signal to the private sector, particularly companies, that it is now the time to invest rather than save. After all, net-saving has been the defect company tendency in the EMU save a small period in the early 2000s.