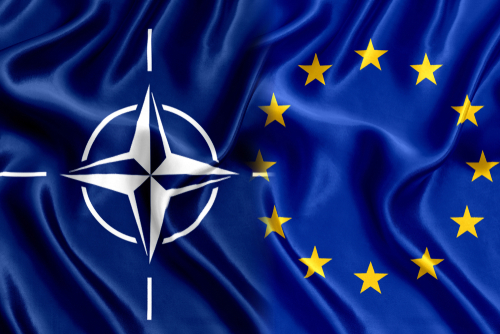 Brussels (Brussels Morning) Arriving in Brussels on Tuesday, US Secretary of State Antony Blinken said Washington wants to rebuild its partnerships, primarily with its NATO allies, as he expressed President Joe Biden’s “steadfast commitment” to the alliance, VOA reported.

Blinken and NATO Secretary General Jens Stoltenberg addressed the press together in Brussels, ahead of the meeting of NATO foreign ministers scheduled for later that day. Stoltenberg praised Blinken’s fresh approach, saying it presented a “unique opportunity to start a new chapter in the transatlantic relationship”.

Blinken’s two-day visit to the EU and NATO capital is part of his “charm offensive”, seeking to repair the US relationships with its most important foreign policy partner and its key military alliance. Both had been strained nearly to the breaking point during the administration of Biden’s predecessor, Donald Trump.

“The process of confronting our own shortcomings can be very painful. It can be ugly. But ultimately, at least today, we’ve emerged the better and the stronger for it”, Blinken declared.

The top US diplomat cited China’s military growth and Russia’s attempts to destabilise the West as key threats that require NATO to come together.

He went on to urge Turkey to embrace the alliance. Ankara ran afoul of NATO with its purchase of a modern anti-air missile system from Russia. The US had urged it not to and threatened to kick Turkey out of the F-35 programme.

Discussing the NATO mission in Afghanistan, where Trump set a May deadline for the withdrawal of all US troops, Blinken noted that a review of US options was still underway. Currently, US troops account for some 2,500 of the nearly 9,600 NATO troops stationed there,  with the US military presence responsible for key logistics services and capabilities provided to contingents from other countries.

Previously, US Assistant Secretary of State Philip Reeker hinted that the US would not withdraw until all allies are ready to leave. “We went in together,” said Reeker. “We will adjust together as we have over the years. And when the time is right, we will leave together.”