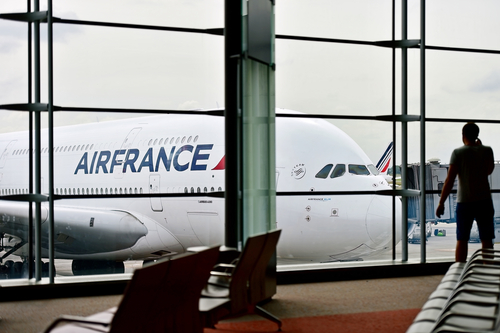 The EC wants Air France to give up slots at Paris Orly Airport in exchange for state aid approval.

Djebbari pointed out that any concessions should be in line with reforms aimed at eliminating the advantages of low-cost carriers which “distort the market.”

President Macron’s government notes that ceding slots at the airport closest to Paris would jeopardise Air France’s competitiveness, since they represent a strategic asset.

European Commissioner for Competition, Margrethe Vestager, pointed out on Wednesday that the German airline Lufthansa yielded slots in return for state aid, arguing that this represented a precedent for other cases.

Air France could lose the same number of slots as Lufthansa gave up last year in exchange for a 9 billion euro bailout.

Djebbari insisted that the Lufthansa case should not be used as a model, maintaining that France requires “something proportionate that addresses not only competition but the social reality of the sector.”

He did not say how much the country is planning to provide to Air France but noted that “we are talking about billions.” Djebbari pointed out that the aviation sector has been hard hit by the crisis and that it would be two to three years before full recovery could be assured.

He complained that the EU has not regulated “the aviation sector from a social point of view” and noted that “we still have some low-cost carriers well-positioned for recovery from the Covid era that use independent workers.”

Air France, which holds some 50% of the slots at Paris Orly Airport, plans to use them increasingly for its budget carrier Transavia.