Bezos to step down as Amazon CEO, take post of executive chair 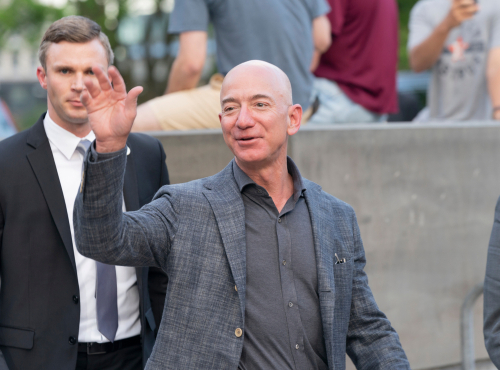 Brussels (Brussels Morning) Amazon CEO Jeff Bezos will step down in the summer and take the post of executive chairman, according to the company’s announcement on Tuesday, Associated Press reports.

Andrew Jassy, the head of Amazon Web Services, is to succeed Bezos as Amazon CEO.

After close to 30 years at the helm of the company, Bezos announced plans to focus on different side projects, initiatives and new products. Accordingly, he plans to oversee The Washington Post and focus more on Blue Origin, his aerospace company.

Bezos, Amazon’s largest shareholder, will still hold sway over the company. CFO Brian Olsavsky says “Jeff is really not going anywhere” and notes that “it’s more of a restructuring of who’s doing what.”

After establishing its domination over the book retail business, Amazon moved into general retail. The tech giant has grown at a considerable rate during the coronavirus crisis as government-imposed lockdowns diverted retail business to Amazon’s online platform.

Amazon reported a record profit in the final quarter of last year, with quarterly revenues pushing past US$ 100 billion for the first time in company history.

While regulators in the US and the EU allowed Amazon and other IT giants to strengthen their hold on their respective market segments thus far, the push to change this is picking up pace on both sides of the Atlantic.

The US House Judiciary Committee noted in October last year that Amazon and other tech giants could be broken up to loosen their hold on the market.

Gartner advisory analyst Ed Anderson pointed out that “Amazon’s size makes some industries uncomfortable, some governments uncomfortable, and Andy Jassy will have to deal with the consequences.”

Since its establishment in July 1995, Amazon has grown into one of the largest companies in the world with a worth that is now close to US$ 1.7 trillion.