10 years after the Arab Spring: The Magnitsky act must be used to sanction Egypt and demand the truth for Giulio Regeni

by Fabio Massimo Castaldo
in Opinion 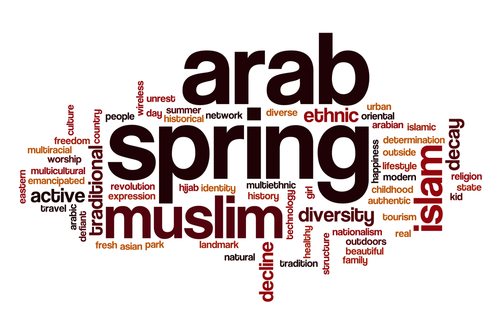 Five years later, the murder of Giulio Regeni brings human rights in Egypt under the spotlight once more, and the impunity is cause for the EU to use its human rights sanction on President Abdul Fattah al-Sisi, writes MEP Fabio Massimo Castaldo.

During these five years, Egypt has never shown any intention of engaging in committed cooperation to establish the truth about what happened to Regeni. Quite the contrary, Cairo has always resisted the Italian judiciary’s investigations.

The 28-year old Cambridge doctoral student went missing on 25 January 2016, on the five-year anniversary of the Arab Spring uprising in Egypt. His body with obvious marks of torture was found over 20 days later in the outskirts of Cairo. Regeni, an Italian citizen, was researching trade unions, a sensitive issue in Egypt. He is thought to have been captured and killed by regime agents identified by the Italian authorities who have failed to face trial so far.

Eye-witness testimony describes in detail the tortures Giulio suffered and the places this barbarism took place and that is happening regularly in Egypt. The incident alarmed the international community, yet, nothing was done to pressure Cairo to relent. The Egyptian courts hurriedly dismissed depositions alleging “lack of evidence” and thus blocking the trial Italian authorities were pursuing.

It is of the utmost importance Italian and European authorities stand their ground, firmly condemning what happened five years ago not only to shed light on what happened to Giulio but also to prevent it from history repeating itself. For his part, our Head of State, Sergio Mattarella, has ushered firm words, once more demanding the truth from Egyptian authorities. I join him in his request and that of the President of the European Parliament, David Sassoli who requests the truth about this “brutal murder” — as referred to by the EU High Representative Josep Borrell Monday — must be brought to light.

It is necessary, now more than ever, for Europe not to remain silent. On the contrary, Europe must speak clearly, with one voice. As Italian Foreign Minister Luigi Di Maio said Monday, the Regeni case is not only an Italian wound but a European one too. The fact this case was included in the Foreign Affairs Council’s agenda on the anniversary of Giulio’s disappearance signifies the attention the EU is placing on this case, giving it now credence to turn into concrete steps.

We have adopted a sanctions regime to be triggered in those cases where human rights and fundamental individual liberties are violated, the so-called “European Magnitsky Act”. The time has come to use it. We cannot allow double standards in the defence of human rights, part of the EU’s DNA, and, therefore, must protect and be proactive in their advancement. If we do not use this sanctions regime now when will be the time to do so?

Egypt and its authoritarian leader, Abdel Fattah al-Sisi, must respect our principles and fundamental values, not collect European prizes or merely enjoy the benefits of economic and commercial relations with impunity.

The credibility of our principles is at stake. The very essence of the European project is at stake. We cannot allow Al Sisi to relentlessly violate human rights any longer.

Therefore, the single voice of Europe should be used to demand loudly and clearly, truth and justice for Giulio Regeni.

Fabio Massimo Castaldo is member of the European Parliament since 2014. Elected Vice-President in 2017, he’s responsible for Human Rights and Democracy. He is a member of the Committee on Foreign Affairs.