We need a European directive on the right to disconnect 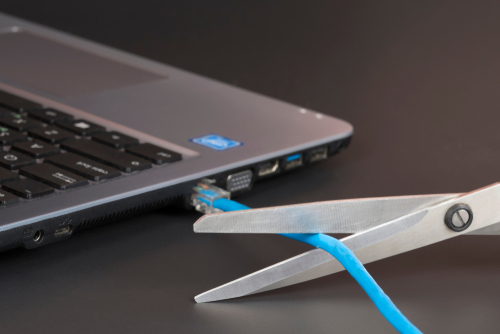 The European Parliament has moved toward the right to disconnect and employee rights in a new remote working reality, a European directive must now take hold, writes Daniela Rondinelli MEP.

Brussels (Brussels Morning) With 472 votes in favour, 126 against and 83 abstentions, the European Parliament voted on a report that recognises the right to disconnect for all the bloc’s workers. This vote represents an initial fundamental step towards real protection in a remote workplace, which, since the beginning of the pandemic, transformed from a possibility for a few into a necessity for many.

The proportion of remote workers in the Union has increased from 5% to 30% and within a complete legislative vacuum at European and national level. According to Eurofound, nearly 30% of European remote workers exceeded the hours stipulated in their employment contract. The consequent reduction of free time and rest has led to serious repercussions for not only the management of family life but also the mental health of millions of citizens.

By recognising the right to disconnect, the European Parliament is sending a powerful message in response to changes in the world of work in the most courageous way possible: with a European directive. We hope that this will be provided for and incorporated in the ‘Action Plan to implement the European Pillar of Social Rights’ to be presented by Commission President Ursula von der Leyen in March.

The Portuguese Presidency of the European Council, which began on 1 January, can help provide impetus to the Commission, which is responsible for drafting a legislative proposal. Indeed, the Portuguese government has displayed great foresight concerning social issues on a number of occasions.

The pandemic has profoundly changed the world of work. Only by speeding up the implementation of this provision will we avoid the spread of new forms of exploitation and prevent member states from adopting a piecemeal and fragmented approach to securing recognition of this right. Work is a common factor in the internal market and, therefore, requires European rules.

In the text approved by the European Parliament, member states are invited to take the necessary measures to increase smart working rights, for example, through collective agreements between social partners, thereby protecting workers from discrimination, abuse and dismissal by employers.

The Five Star Movement voted decisively against an amendment seeking a three-year delay in implementing the Commission’s legislative proposal. However, in the final vote, we supported the strengthened text that incorporated our amendments on workers’ right to receive clear and adequate information regarding their duties.

Furthermore, thanks to our contribution, a clear distinction has been made between working hours and rest periods. The digitisation era cannot be established with the emergence of new forms of dumping between countries that infringe on the new fundamental rights of workers.

We are proud of an evolving Europe that is now attaching less importance to finance and banking and more on rights and jobs. The European Commission should now make haste since citizens’ rights are a matter that will brook no delay.