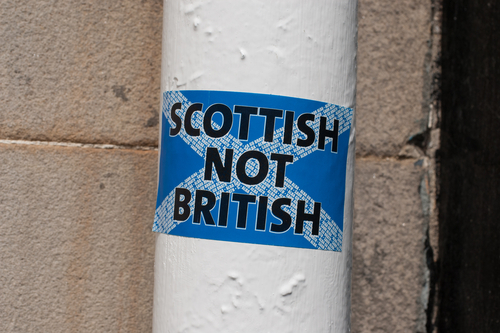 Brussels (Brussels Morning) Speaking during his visit to Scotland, UK Prime Minister Boris Johnson claimed the issue of Scottish independence to be “irrelevant” to most people, as he invited the country to unite against the COVID-19 threat, BBC reported on Thursday.

Even though Johnson was officially meeting with healthcare workers – doing a “covid visit”, as his spokesman put it – his appearance in Scotland seemed to be tied to recent announcement by the Scottish National Party (SNP) that they plan to hold a new independence referendum should they win local elections in May.

With support for independence polling high, Johnson took his time to question the point of the referendum, arguing that the priority should be to fight the pandemic, and “coming back more strongly together”.

Johnson also emphasised that the same people who wanted independence in the 2014 referendum, when Scotland voted to remain a part of the United Kingdom, said at the time that the vote would be a once-in-a-generation event. “I’m inclined to stick with what they said last time,” said Johnson.

In its roadmap for holding the referendum, the SNP plans to legislate for the referendum and provide Westminster with three possible options – to acknowledge that the Scottish Parliament has that legal power, to confirm that legal power by Section 30 order, or to fight the decision in court, where it stands to lose face if not the case.

SNP leader and Scotland’s First Minister Nicola Sturgeon said she was “not ecstatic” about the PM’s visit to Scotland, questioning whether it was really “essential travel”, since borders between England and Scotland remain temporarily closed due to the coronavirus pandemic.

Despite Johnson’s attempt to present himself as fighting COVID-19, recent polls show that Scottish voters are much happier with Scotland’s local coronavirus response, as indicated by Sturgeon’s growing popularity, than they are with the PM Johnson-led, nationwide efforts.