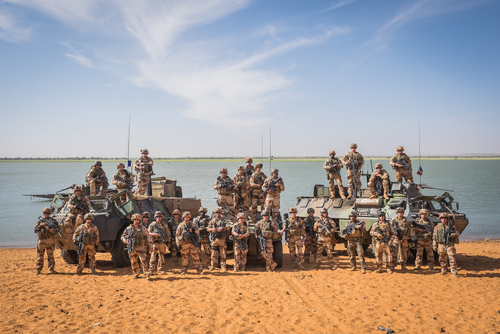 The meeting comes after the dissolution of the National Committee for the Salvation of the People, the military junta that seized power in last year’s coup from former President Ibrahim Boubacar Keïta.

In a further attempt to end the protracted political crisis triggered by the coup in August last year, Mali’s acting Prime Minister, Moctar Ouane, signed a government decree on Tuesday announcing that the junta had been officially disbanded.

Coup leader Assimi Goïta holds the office of Vice-President in the caretaker government, which is committed to holding elections 18 months from now. Given that the Economic Community of West African States managed to pressure the coup leadership into handing over power to a caretaker government, many question Goïta’s role and position in it.

The fight against jihadists

Part of the reason for the uprising was the government’s failure to stop a jihadist insurgency that left thousands of victims in its wake.

France first intervened against jihadists in Mali in 2013, to drive them away from the capital of Bamako. It now deploys some 5,100 troops in the Sahel to aid Burkina Faso, Chad, Mali, Mauritania and Niger in their efforts to fight against Islamists in the region.

Leaders of the G5 Sahel member countries are to hold a summit in Chad in mid-February with French leaders to re-evaluate their strategy with their French counterpart.

Macon is working on plans to adapt France’s efforts in the Sahel and has said he expects the new EU Task Force Takuba to support the troops.

According to a Malian Army statement on from Tuesday, more than 100 jihadists were killed and 20 captured in a joint offensive with French forces in the period between 2 and 20 January.French authorities said that their forces along with allies in Burkina Faso killed about 20 jihadists in the north of the country.