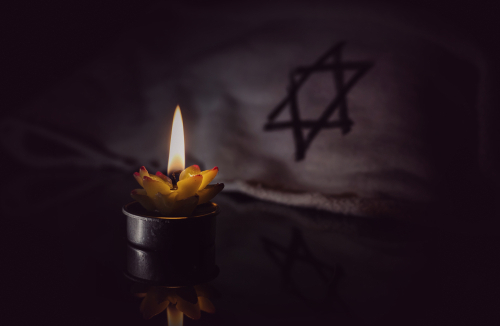 day of memory of victims of the Holocaust

Brussels (Brussels Morning) Holocaust survivor Charlotte Knobloch gave a moving speech at the Holocaust Remembrance Day commemoration in the German Bundestag on Wednesday, warning against comparing the pandemic measures to the prosecution of Jews by the National Socialist Party, Deutsche Welle.reportede

Marking the 25th annual commemoration in the Bundestag, Knobloch poured scorn on those coronavirus sceptics who believe there is no difference between epidemiology and Nazi terror. “Anyone who compars coronavirus measures with the National Socialist policies towards Jews is trivializing the anti-Semitic state terror and the Holocaust,” Knobloch declared vehemently. “And that is unacceptable.”

The 88-year old former head of the Central Council of Jews in Germany, also expressed concern over the fact that the far-right deputies of the Alternative for Germany (AfD) party are sitting in the German parliament. Addressing them directly, Knobloch said: “I cannot pretend it doesn’t worry me that you are here.” She noted, however, that she hopes a few of them might yet change their course.

Young publicist Marina Weisband also spoke at the commemoration, representing the generation born after the Holocaust. The 33-year old activist, who moved from Ukraine to Germany as a child, spoke of her experience as being Jewish in a country that was dealing with its past and the dangers Jewish people still face.

Weisband emphasised that Jews in Germany understand that the Holocaust did happen and that it could happen again. “It means that anti-Semitism doesn’t start when somebody shoots at a synagogue … it starts with conspiracy narratives,” Weisband said.

European Commission President Ursula von der Leyen issued a statement ahead of the Holocaust Remembrance Day, in which she also warned against the spread of disinformation. “The times of the pandemic have fuelled a rise of conspiracy theories and disinformation, often promoting anti-semitic narratives,” she said. “We see a worrying rise of Holocaust distortion and denial. We must never forget. Facts matter. History matters.”