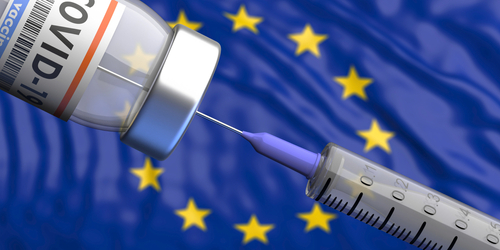 Brussels (Brussels Morning) The European Commission announced the establishment of a new mechanism which would provide national drug regulators with the authority to refuse vaccine exports from their countries, Reuters reported on Thursday.

The move comes in response to the announcement of reduced deliveries of the new coronavirus vaccine by the British-Swedish pharma giant AstraZeneca, which shipped part of its EU production stock to the UK last year, but now refuses to do the reverse, citing contractual obligations.

Not an export ban

An EU official quoted by Reuters said the new measure does not amount to an export ban. “We are now in a situation where we have a lack of clarity on vaccine deliveries which creates concerns for all of us and most of all for our citizens. We are obliged to look for a solution to this situation,” the official declared.

The new system would require all producers planning to export their vaccines from the European Union to provide the local regulatory agency with the export plans “We want to know whether it goes in the right direction,” the official noted, adding that, depending on the criteria,  this could lead to a refusal.

The new monitoring and authorisation system could impact the delivery of Pfizer’s vaccine to Britain and Canada, for instance, as both countries are awaiting deliveries from the company’s factory in Belgium. Ostensibly, the mechanism could be used to stop exports should the producer have failed to fulfill its commitments to the bloc.
The EU invested 336 million euro in AstraZeneca, in return for 400 million doses of its vaccine. After the pharma giant announced delays in delivery, while keeping up with the UK contract deadlines, the EU lawyers started investigating whether there has been a breach of contract.