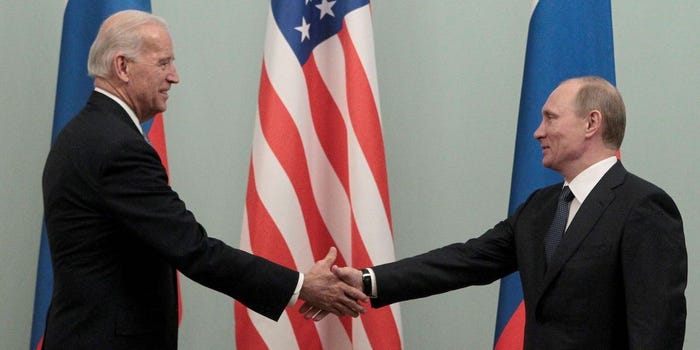 Brussels (Brussels Morning) Moscow has stated it is willing to sign a five-year extension to the New START nuclear arms control treaty with Washington, which is set to expire on 5 February, Reuters.reports

After the first phone call between new US President Joe Biden and Russia’s President Vladimir Putin, the two administrations released very different reports about the content of the talks, their discussion of  the nuclear treaty being the sole point of mutual agreement.

The White House noted that Biden raised a number of concerns with the Kremlin that had passed mostly uncontested during the preceding Trump administration. Biden reportedly confronted Putin over the treatment of Russian opposition figure Alexei Navalny, currently awaiting trial in a Moscow prison, as well as the crackdown Russian authorities imposed on the resulting protests in Russian cities on Saturday.

Biden also voiced concerns over Russian interference in the 2020 presidential elections, the massive Solar Winds cyber hack which western intelligence agencies are pinning on Moscow, and reports that Russia offered rewards to Taliban insurgents for killing US troops in Afghanistan. The US President also made clear that Washington continues to support Ukraine’s sovereignty.

The Kremlin account of the talks focused on the nuclear arms control treaty, limiting both countries to fielding no more than 1,550 operational strategic nuclear warheads each, which both sides seem ready to extend for another five years. The treaty, originally signed by Presidents Barack Obama and Dmitri Medvedev, was the last active nuclear control treaty between the two countries, and was in real danger of expiring since the Trump administration made no move to extend it.

The Russian account also reported that Putin had congratulated Biden on becoming president, and “noted that normalization of ties between Russia and the United States would serve the interests of both countries.” The Russian side made no mention of other contentious issues that were discussed, reporting merely that the two leaders had talked about “acute issues on the bilateral and international agenda.”