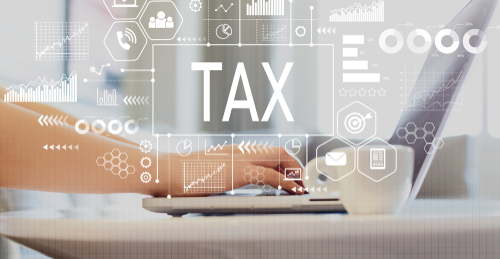 The Organisation for Economic Cooperation and Development (OECD) ironed out a plan last year for a major rework of the international tax rules, to enable taxation of global digital giants with multiple cross-border operations, such as Google, Apple and Facebook.

However, the talks between the 137 participating countries first stalled as the coronavirus pandemic brought global travel to a halt, stalled further when then US Treasury Secretary Steven Mnuchin requested a pause in June, saying talks should not be resumed until after the US presidential elections.

In the meantime, France introduced its own tax on digital multinationals, a unilateral move that  prompted a retaliatory response from Washington, leading to the planned introduction of US tariffs on French wine and other key exports.

The OECD planned for the establishment of a global tax reform to be based on two pillars. The first would introduce new rules on where tax should be paid, aiming to tax the companies where they conduct sustained and significant business regardless of their legal presence. The second would introduce a global minimum tax rate, designed to stop profit-shifting practices by the multinational companies concerned.

For reasons of their own, France and Ireland remain interested in introducing both pillars simultaneously. Germany, however, seems more willing to introduce the second pillar first off.  In her remarks on Tuesday, Merkel referred specifically to the minimum taxation part of the deal, citing her hopes that the renewed efforts would “succeed in once again anchoring the central role of competition law globally and preventing the emergence of monopolies”.