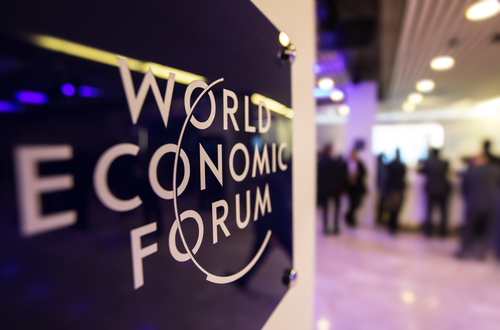 She stressed the importance of a global agreement to protect biodiversity comparable to the Paris Agreement and said the idea should be discussed at the UN biodiversity summit in China this year.

Von der Leyen asserted that the proposed protection of species is necessary to protect people against pandemics and to fight against climate change. The move, she added, would help some sectors of the economy.

“If we don’t urgently act to protect our nature, the next pandemic will be around the corner,” she claimed, pointing out how deforestation in Africa had helped precipitate the Ebola crisis.

Von der Leyen underlined the importance of protecting forests in the fight against climate change and noted that the EU “will soon present a legal framework for the restoration of healthy ecosystems.”

The latest WEF Global Risk Report found “the world’s top five risks are all related to the environment,” she reminded the meeting as she announced that the EU would “protect at least 30% of land and sea” as well as push for similar initiatives on global level.

“To those who prefer the business case, here it is: More than half of global GDP is dependent on high-functioning biodiversity and ecosystems — and it is from food to tourism, you just name it,” von der Leyen asserted.

The EU presented its Green Deal at last year’s WEF annual meeting, von der Leyen said, and environmental problems had not lost any urgency since then.

Besides pushing for centralized solutions, von der Leyen called on businesses to join the movement, stressing that “companies who get ahead of the game now will have a big advantage.”