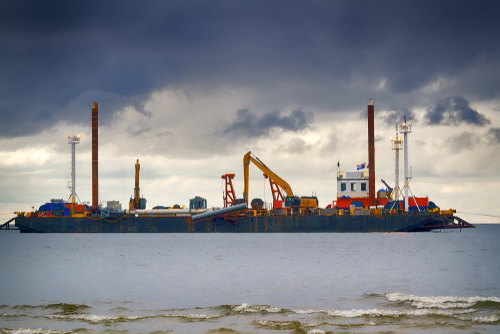 Brussels (Brussels Morning) United States President Joe Biden believes that the Nord Stream 2 energy project is a “bad deal for Europe”, the White House said on Tuesday, announcing that the new administration plans to review the restrictions on the project imposed by the Trump administration, Reuters reported.

The previous administration introduced restrictions on the project in the annual defence policy bill that passed on 1 January, and then announced sanctions against the project’s Russian pipe-laying ship just days before Biden was sworn into office.

Opposition to the German-Russian natural gas pipeline, envisioned to double the amount of gas currently delivered to Europe from Russia, is one of the rare bipartisan issues in US politics. Objections to the project were first raised during the Obama administration and continued throughout Trump’s term.

Washington’s position is that the new pipeline would increase European dependence on Russian gas. The US contends that it would strengthen President Vladimir Putin’s economic and political influence over Europe, while circumventing Ukraine, which currently controls the primary gas transit route to Europe. The latter was the primary reason for Biden’s objection to the project when he served as Obama’s vice president.

“We continue to believe, the President continues to believe, that Nord Stream 2 is a bad deal for Europe,” White House press secretary Jen Psaki told reporters at the daily briefing. At his Senate confirmation hearing, the new State Secretary Antony Blinken had stated that he would do “all in his power” to stop the project.

Despite US objections and recent Russian transgressions, Germany’s Chancellor Angela Merkel insists she is not yet willing to stop the project, noting that it is in the hands of private companies. The US, she pointed out, also engages in energy trading with Russia.