The inauguration and American soft power 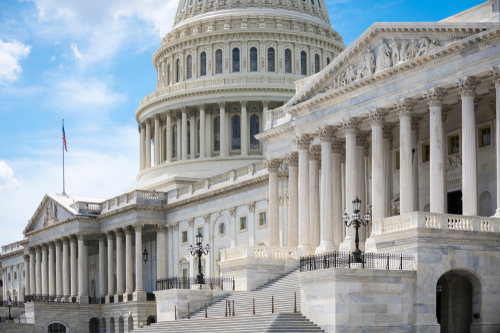 Afternoon view of the US Capitol Building under soft blue sky in Washington DC, USA

The inauguration of Joe Biden was the first day of what will be an ongoing effort to change the perceptions from the Trump era and rebuild American soft power.

New York (Brussels Morning) Millions of Americans watching the inauguration on 20 January were overcome with relief, happiness and a myriad of other positive emotions. Sadly, a minority of US citizens, also in the millions, felt anger, choosing to believe that the new US president, Joe Biden, is not America’s legitimate president.

On balance, it was a good day for America, as most of the nation, regardless for whom they voted, took comfort in the ritual of the presidential transition and the knowledge that after almost 250 years, our country is still standing.

The ceremony, including the evening video, was very well done and even moving at times. It was also a reminder of the potency of American soft power when it is in the right hands.

Outside of the US, those who like America and see it as an ally or potential ally saw a country that was diverse, strong, sober and aspiring to deeply admirable values. In short, the kind of country you want on your side. For those who see America as a rival or enemy, the inauguration was a reminder that America has the ability to move past the democratic rollback of the Trump era with still enormous human and other resources.

Throughout the campaign, Biden stressed the need to strengthen alliances Donald Trump had undermined, rejoin international efforts around, for example, climate change, and to restore American leadership. Much of that must be done through diplomacy, foreign assistance and policy, but those have never been the only wellsprings of American strength.

American soft power, the image it projects in the world and the values that are sometimes associated with the US and its culture, have also contributed to American strength. However, soft power is a variable that ebbs and flows.

When the US is led by a crass, racist vulgarian with authoritarian aspirations, American soft power weakens. When people all over a hyper-connected world see children in cages, a disinformation campaign around a pandemic led from the Oval Office, efforts by the president to remain in office after losing an election and finally white supremacist thugs storming the capitol in an armed insurrection, American soft power, its reputation and its ability to persuade any other country to do anything is badly damaged.

20 January was the first day of what will be an ongoing effort to change the perceptions from the Trump era and rebuild American soft power. That effort included the inauguration festivities, which highlighted both continuity and diversity and President Biden’s inauguration speech, stressing unity and the need to come together.

The new vice-president Kamala Harris was also a part of this display of American soft power. With Harris as vice-president, the US is no longer one of the very few democracies that has never had a woman in national elected office. Additionally, Harris, in addition to being supremely accomplished, qualified and smart, is an important symbol that the majority of Americans believe in a multi-cultural America and that despite the cruel racist and anti-immigrant policies of the Trump administration, a daughter of immigrants, who is also Black and Asian, can become vice-president.

From an American perspective the evening video of former presidents Bill Clinton, George W. Bush and Barack Obama discussing the transition and the new President together was equal parts strange, hokey and inspiring, but for a global audience it sent a different, and very powerful, message. The other two living former presidents, Trump and Jimmy Carter did not attend-the former because he does not believe in democracy and fair elections, the latter because of health issues.

Naturally, all three presidents looked older than when they were in office, but their presence was an attempt to send a message that Donald Trump was an aberration and the stable America where peaceful transitions of power occur is the real America.

This message was particularly important given that in a very real way the transition from Trump to Biden has not been peaceful. For that reason, it was George W. Bush, who before Trump was the American president who had done the most, in modern times, to weaken America’s ties to its European allies, whose presence was the most important.

On Wednesday many did not see Bush as the president who had led America into a foolish and costly war in Iraq and who had aligned himself with the far right. Instead, he was, for that moment, an elder statesman sending a message to the world that at least one former Republican president still believes in elections and democratic transitions of power.

All of this occurred in the shadow of the 6 January insurrection at the Capitol and with the potential for violence still in the air, but the world saw that despite the violence on that day, the US security forces can protect the country and will take their orders from the new, democratically elected civilian commander in chief.

20 January demonstrated America’s potential, and with it the potential impact of American soft power. It is a start, but it is probably not enough. The rest of the world must also see that the US is serious about reinvigorating democracy, restoring rule of law and playing the role of global leader, not with regards to populist nationalism, anti-science disinformation and democratic rollback, but on issues like human rights, public health and climate change. The inauguration is a reminder of what America can be, but all of America, not just Joe Biden and Kamala Harris, will have to work very hard to deeply transform and rebuild the country.