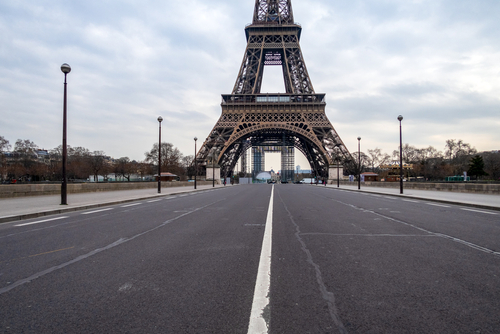 Brussels (Brussels Morning) The French government is reportedly close to announcing a third lockdown, according to Journal du Dimanche weekly. RFI reports France is aiming to beat the more infectious British variant of the coronavirus, with health experts calling for new confinement regulations.

The new lockdown will reportedly come into effect before the end of the current week, and is expected to last for at least three weeks. Education Minister Jean-Michel Blanquer noted that schools would remain open despite the lockdown.

France has previously implemented two lockdowns – one in March and one in October last year. Both were announced by President Emmanuel Macron in a national address, something he is expected to repeat on Wednesday, following the next meeting of the Defence Council.

Even though France has not experienced a fresh surge in cases, and with no evidence showing that the British variant of the coronavirus might be spreading throughout the country, health experts are nevertheless concerned. They are monitoring what has been happening in a number of European countries, where case rates had been slowing down until the British variant caused a sudden explosion of new infections. The French government reportedly fears that implementing a renewed lockdown once a surge occurs would be too late.

Meanwhile, after experiencing start-up hiccups with its vaccination drive, France has now surpassed its initial target of vaccinating one million people by end January. Health Minister Olivier Véran now estimates that the entire population could be vaccinated by the end of August, provided all vaccines currently on order by the government are delivered on schedule, and they have been approved for use in the EU by  the relevant European authorities.