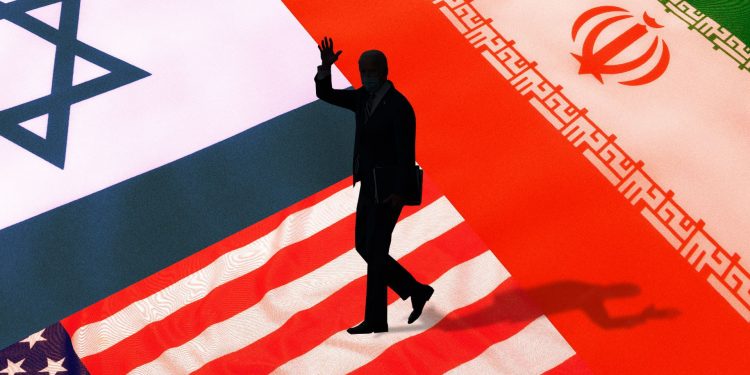 It is no accident that Wednesday commenced with the Israeli Minister of intelligence warning the Biden Administration that any deal signed with Iran will “not be worth the paper its signed on”.

Despite years of sanctions, Iran has managed to build a robust military capability that stretches from Tehran to the Mediterranean Sea. Although Israel has by far the most advanced military force in the region, its ability to hold the perceived Iranian threat in check — economically and militarily — has largely leaned on the support of Israel’s allies, particularly the US but also Gulf states.

For more than five years, Israel has fought tooth and nail against the Joint Comprehensive Plan of Action (JCPOA) signed in 2015. It should be recalled that the race to secure the Republican nomination in 2016 was influenced by the campaigning former Senator Joe Lieberman, who used the United Against Nuclear Iran platform to pour millions into a campaign that would make the issue of withdrawing from the JCPOA a “make or break” issue for any Republican nominee. Furthermore, one Democratic Senator and 11 in the House of Representatives joined the campaign to derail the agreement.

In the Trump administration Israel found a fervent supporter of the “maximum pressure” theorem, which dictates that the Iranian regime must be made to implode by denying it economic resources.

After the failure of JCPOA to alleviate economic pressure, the credibility of those advocating for international engagement in Tehran has been undermined. At the same time, Tehran has historically been Israel’s archrival, at least on an ideological level.

Should the new US administration seek a “quick win” in boosting Washington’s international profile, particularly in Europe, Iran might not fit the bill as Israel is likely to resist.

Brussels Morning spoke to an Israeli and Iranian security expert to understand the realities on the ground. For different reasons, both agree what lies ahead is low-intensity skirmishes rather than a major confrontation.

Maysam Behravesh, a Research Associate with Clingendael’s Conflict Research Unit (CRU) in the Hague has said that Israel’s forthcoming elections are not likely to change the political landscape. Even if a part of the Israeli opposition is more sympathetic to the Biden administration’s potential pursuit of diplomatic engagement with Tehran, the overall strategy and lobbying activity in Washington is unlikely to change.

The same view is echoed in Israel.

Iftah Burman, a geopolitical analyst and researcher at Bar Ilan University, Tel Aviv, makes clear that the Israeli position on Iran is not likely to change in the near future, no matter what happens in the forthcoming Israeli elections.

Furthermore, Berman notes, until the US has a clear position on Iran, Israel will attempt to shape the situation on the gound.

“Netanyahu, or any most likely successors, are expected to continue Israeli attempts at taking Iran out of the nuclear equation. However, President Biden is expected to revisit the JCPOA and ask Israel to step-down its attacks on Iranian assets. Until then, the Israelis will be tempted to hit Iranian military facilities, such as the UAVs array in Yemen, before the window of opportunity closes.”

At the same time, both analysts agree that the continuing confrontation between Israel and Iran is not likely to escalate militarily.

According to Behravesh, Iran is likely to stick to its “strategic patience” policy line.  Netanyahu’s Israel has tried to deal Iran with as many military and security blows as possible, tiying the Biden administration’s hands as far as possible. But Tehran still hopes that Biden will allow US allies to reengage with JCPOA with significant economic benefits. “Iran is wary of giving hawks in the US, Israel and beyond any excuse to sabotage this possibility”, Behravesh notes.

Addressed with the question of whether Iran is ready to take more forceful action against Israel at this point in time,  the Iranian analyst notes that we would not rule out the possibility, as a response to an Israeli provocation, but not before Tehran manages to alleviate some of the economic burden of sanctions. “Iran cannot afford to open a new front of conflict now. It’s already spread itself too thin both at home and abroad”, Behravesh notes.

Israel aims to contain not confront

Berman’s rationale is that traditional Iranian allies are not ready to act in Palestinian territories and Lebanon.

Addressed with the question of whether he expects an escalation of conflict in places where there is proxy direct confrontation – Lebanon and the Gaza strip – he is reassuring.  “We expect to see more low intensity skirmishes, and nothing more”, he says.

“Hizb’Allah cannot afford another boxing round with Israel in Lebanon”, Burman argues, as it is losing support among a broad strata of Lebanese public opinion.

Nasrallah would prefer to wait until the Lebanese political and economic crisis stabilizes before taking on Israel again. Palestinian Islamic Jihad (PIJ), Iran’s agent in Gaza, took a serious hit during its last round with Israel, over a year ago.

Furthermore, Burman notes, as the campaign for a new leadership in Palestinian Authority is taking place, Hamas is likely to reign over PIJ in Gaza to safeguard its legitimacy.

While active in confronting Iranian proxies in Syria and Iraq, Israel refrains from escalation in areas where Iran is not the dominant stakeholder.

“Israel prefers to continue targeting IRGC [Iranian Revolutionary Guard Corps] and their proxies in Syria and Iraq, while only reacting to Hizb’Allah or PIJ initiatives in Lebanon or Gaza”, says Burman.

“The Israelis are carrying out aerial, kinetic, and cyber operations in Syria, Iraq, and allegedly even on-the-ground in Iran. However, when it comes to Hizb’Allah combatants on the Lebanese border, the Israeli Defence Force (IDF) sticks to only flushing those out and away”, he says.

“As per Gaza, Israel retaliates with subdued aerial attacks to the occasional rocket fire, while focusing their efforts on hostage negotiation with Hamas, with a prerequisite they deal with PIJ on their own. At this point, Israel prefers only a tactical response, rather than a strategic plan, when it comes to Hizb’Allah and PIJ”.