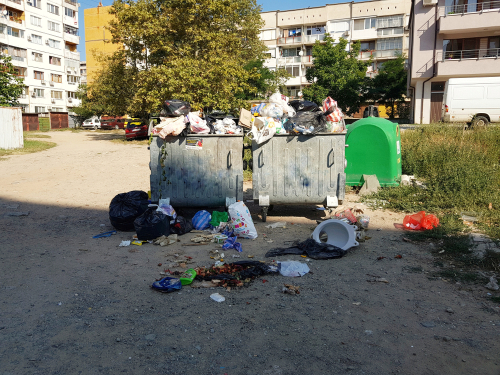 Brussels (Brussels Morning) The waste crisis in the Balkans is escalating, with trash build-ups emerging across the region, RFI reports.

While the Western Balkans are home to Europe’s wildest and most pristine tracts of nature, failing waste management schemes in the region are jeopardising the environment as well as public health.

The region was faced with heavy rains at the start of the year, which brought the chronic waste problem to the surface as flood waters moved garbage from illegal waste dumps and roadsides into rivers.

Approximately 8,000 cubic metres of trash have accumulated in the Potpeć Lake in western Serbia, a hydroelectric reservoir on the Lim River.

Garbage swept into the Lim River upstream of the Potpeć hydropower plant ended up at the dam, with clearing of such islands of waste already a regular activity for dam operators in parts of the Balkans.

Igor Jezdimirović, head of the Serbian NGO Environmental Protection Engineers warns that “heavy metals and other polluting elements are released directly into the environment, water and air” in waste dumps around the country.

Serbia’s capital Belgrade’s main garbage dump, the Vinča landfill, the largest unmanaged open dump in Europe, is currently being overhauled with financial support from the World Bank and the European Bank for Reconstruction and Development.

Situation in other Balkan countries

Tomislav Popović, who works at the Višegrad hydropower plant on the Drina River in Bosnia and Herzegovina, warns that dam operators cannot solve the problem, merely clear the symptoms. He described the situation as dire with the dam collecting about 8,000 cubic metres of garbage from the reservoir each year.

In North Macedonia, illegal waste dumps encircle the capital Skopje and are a common roadside sight, with trash ranging from discarded washing machines to building materials.

The Varadište area to the east of the capital, an official landfill that was closed 26 years ago, is now an illegal dump site spanning about 170,000 square metres in a location less than one kilometre from urban neighbourhoods.

In Kosovo, approximately half of the population has access to waste collection services, with a recent government report warning the number of illegal dump sites increased some 60% in the period between 2017 and 2019.