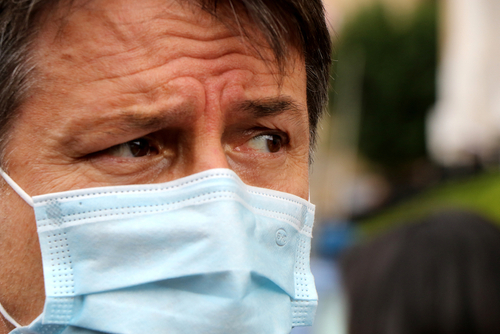 Brussels (Brussels Morning) Italy’s Prime Minister Giuseppe Conte held on to power late Tuesday when a relative majority in the Senate opted to support his government after the ruling coalition had been plunged into crisis by the withdrawal of former Prime Minister Matteo Renzi and his party.

ANSA reported Conte received 156 votes in support of his government, five short of an absolute majority. However, he was saved by 16 abstentions, which gave him the edge over the 140 senators who voted to bring down his government.

Members of Renzi’s Italia Viva (IV) party, which set the government crisis in motion by withdrawing from the ruling coalition and forcing party ministers to resign, had announced previously they would be abstaining in yesterday’s vote.

Had Conte lost the vote, he would have had to resign, opening the way for early elections, which would have suited prospects of  the right-wing bloc led by Matteo Salvini’s far-right League, a grouping that currently leads in the polls.

Conte appealed to both chambers of the Italian parliament to rally around his government as the country faces twin crises – the coronavirus pandemic and the associated economic havoc it is causing. The Chamber of Deputies voted on Monday to keep Conte in power, proof that his coalition can still count on an absolute majority in the lower house.

Conte’s narrow win in the Senate, however, means his government will have a much more difficult time ahead. Now a minority government since it lacks a clear majority in the upper house, it will have to make more deals and compromises in order to push new legislation through the nation’s bicameral legislature.