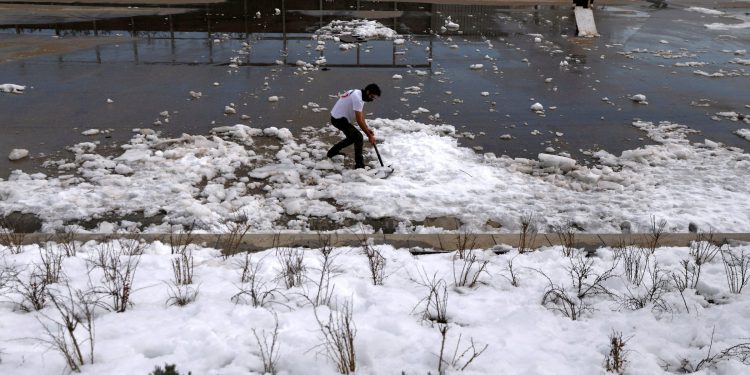 Brussels (Brussels Morning) The Spanish government announced on Tuesday that the regions hit hardest by the snowstorm Filomena have been declared disaster zones, making them eligible for extensive financial assistance, El Pais reported on Tuesday.

A total of eight regions will receive emergency aid – Madrid, Castilla-La Mancha, Castilla y León, Asturias, Andalusia, Aragón, La Rioja and Navarre. Details of the aid package have yet to be ironed out, pending the assessment of each region’s needs by the relevant ministries.

Last week’s snowstorm, the worst in decades, paralised large parts of Spain, blocking roads, snowing in hospitals and prompting the government to organise emergency convoys to deliver supplies to areas cut off by the storm.

The storm was followed by a cold snap, which pushed temperatures to record lows for Spain, in some instances reaching -25 degrees Celsius. The cold snap froze numerous snowdrifts, creating long-lasting hazards and highway obstacles that continue to disrupt regular travel in Spain.

Madrid Mayor José Luis Martínez-Almeida welcomed the government’s quick response,  writing on Twitter that the citizens appreciate “the speed at which we have been recognised as a zone seriously affected by the emergency.”

However, the government could yet dispute Madrid’s damage claims in relation to the actual damage sustained. Madrid’s municipal departments  claimed the capital suffered estimated damage of 1.4 billion euro, whereas Spain’s Ecological Transition Minister Teresa Ribera suggested that the figure “appears pretty off-track if we look at accredited estimates of previous weather events.”