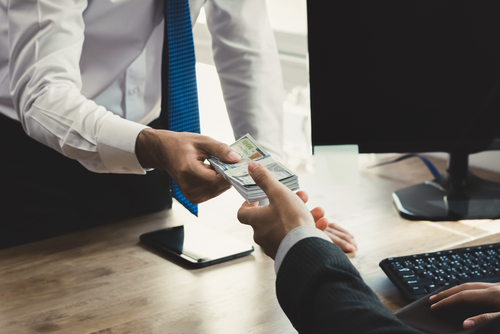 Brussels (Brussels Morning) German borrowing reached a record-high of 130.5 billion euro last year, yet was lower than had been planned for, DW reported on Tuesday.

Borrowing spiked as the government provided aid to an economy that was struggling in the midst of the coronavirus crisis and coped with new debts incurred to finance both the aid packages and to cover an expected decline in tax revenue.

German lawmakers originally approved new borrowing worth 217.8 billion euro in order to help cushion the impact of the coronavirus crisis, but Germany did not borrow as much because the economy proved more resilient than expected.

According to the German Federal Statistical Office, GDP dropped 5% in 2020, which is better than expected and not as severe as in the 2009 financial crisis, when GDP sank by 5.7%.

The ruling coalition interpreted this as a sign proof that government measures literally paid off. Finance Minister Olaf Scholz asserted that “Germany is in comparatively good shape because we acted quickly and strongly in the budget.”

The government, he said, had spent a lot of money to support businesses struggling under the pandemic restrictions. Scholz noted that compared to government forecasts, “economic development is better, job losses are smaller, tax income is higher and new borrowing is significantly lower.”

Germany’s GDP did not drop as steeply as in other eurozone member states last year and the country’s debt ratio is expected to be lower after the coronavirus crisis than those of other G7 members before the crisis.

Germany boasted a budgetary surplus in the six years running up to 2020. Last year, lawmakers de-activated the constitutional limit on borrowing in order to minimise the negative effects of the coronavirus crisis.

Notwithstanding, the Green Party is critical of the government for what it considers to be its inert response to the lockdown-induced economic crisis, citing bureaucratic obstacles that it claims prevented many companies from receiving aid before the start of 2021.

Although last year’s borrowing reached record levels, this could be exceeded this year since the new budget includes 180 billion euro of additional debts.