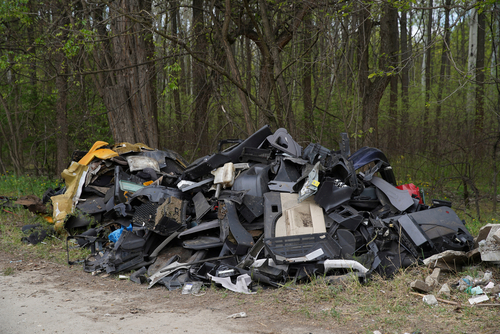 Brussels (Brussels Morning) Poland’s environment is suffering due to illegal import of waste, much of it from Germany, DW reported on Monday.

The country imports thousands of tons of waste annually, with approximately 70% of it coming from Germany. Austria, Italy and the UK also send their garbage to Poland.

According to Germany’s Left Party, the country exported approximately 250,000 tonnes of waste to Poland in 2018, a figure, it suggests, that could be even higher if waste such as paper and plastic, which need not need be reported,  is included.

Warnings of authorities and NGOs

Beata Merenda of the Lower Silesian Inspection Authority for Environmental Protection claims that much of the waste is imported illegally since some waste management companies do not have permits for processing the types of waste they import.

Merenda contends that some imported waste is inaccurately declared. This is compounded by the fact that much of what crosses the Polish border is falsely labelled, which adds to the difficulty of estimating just how much waste is brought in. Of the 20 or so spot checks that her agency performed in 2019, 14 showed up illegal shipments of waste to Poland.

Merenda points out that German companies can halve their waste disposal costs simply by exporting the waste to Poland.

Piotr Barczak of the Zero Waste environmental NGO described Poland as “the waste dump of Europe,” in criticising the government for failing to crack down on illegal waste management. Controls are simply not strict enough he claimed, urging harsher sanctions for violations as well as tighter cooperation between Polish and German environmental authorities.

Barczak also pointed out that Poland lacks enough recycling and waste disposal facilities to process its own waste and went on to criticise waste transfer between countries in general.

“Those who produced the waste should take responsibility for its disposal and not shift that responsibility to poorer countries where the cost of disposal is lower, such as in Poland,” he observed.The fact that waste management costs are lower in Poland, meant that the illegal waste business would continue to flourish for as long as the pricing differential remains, he warned.