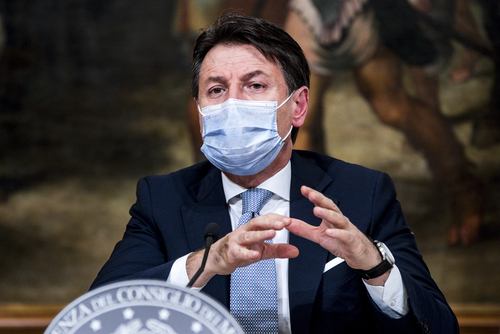 Brussels (Brussels Morning) Italy’s Prime Minister Giuseppe Conte passed the first crucial confidence vote in the Chamber of Deputies on Monday, confirmation that his government still enjoys the majority support in at least one half of the bicameral legislature. This came despite losing a key coalition partner last week, when former PM Matteo Renzi and his Italia Viva party abruptly quit the government.

Conte’s government won the vote by 321 to 259, Reuters reported, and means the PM will not be forced to resign at least until the Senate has its say. However, winning the second vote today is likely to prove much more difficult, since Conte held only a slim majority in the other parliamentary chamber, even when supported by Italia Viva.

The resignation of Renzi’s ministers from the government triggered a political crisis in Italy last week as it became unclear whether Conte would be able to muster the needed support to avoid losing the confidence vote that would trigger early elections. If the current crisis does result in elections, Renzi stands to become the biggest loser, since his party, having split from the centre-left Democratic Party, is currently polling at or below electoral threshold.

The right-wing coalition led by Matteo Salvini’s far-right League, on the other hand, could very well win a relative majority in both houses, all the more reason why a majority of current deputies are eager to find a compromise in order to avoid early elections.

While Conte hopes to repeat his success in the Senate today, most political analysts expect him to gain a relative majority at best. This could possibly be brought about through absences and abstentions. Even so, such a majority would enable him to continue as PM and keep his government in power without the need for elections to be held.

Optimistic political analysts expect Conte to get 157 votes in the Senate, four short of the absolute majority required. However, it should be noted that his victory in the Chamber of Deputies exceeded the analysts’ predictions. This suggests that his impassioned appeals to deputies outside of his government to rally to his coalition during the coronavirus crisis and the economic slump threatening Italy may well continue to work.