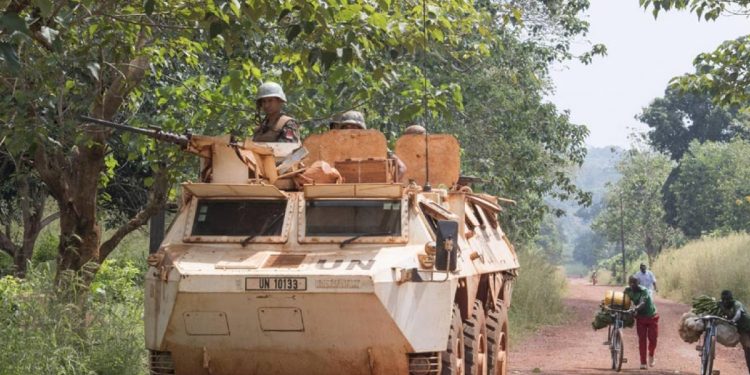 Brussels (Brussels Morning) UN troops in the Central African Republic (CAR) say they have retaken the city of Bangassou, which was captured by armed groups some two weeks ago, RFI reported on Sunday.

Vladimir Monteiro, spokesman for the UN Multidimensional Integrated Stabilization Mission in the Central African Republic (MINUSCA), noted that the armed groups withdrew from the city after a MINUSCA ultimatum on Friday.

Bangassou is now under complete MINUSCA control, he said, and UN troops are remaining on alert to prevent any actions against civilians.

The armed groups fighting against the government headed by President Faustin-Archange Touadéra captured Bangassou on 3 January, driving many inhabitants across the border into the Democratic Republic of the Congo (DRC).

Six of the largest groups that have held nearly two-thirds of the CAR for some eight years joined forces about a month ago to launch the offensive. In announcing the move before the 27 December elections, their aim was to prevent Touadéra’s re-election.

The Bishop of Bangassou, Juan-José Aguirre, welcomed the UN operation, noting that “after thirteen days sleeping outdoors, people will be able to return to their homes.”

Lieutenant Colonel Abdoul Aziz Fall, MINUSCA’s military component spokesman, said UN troops had intervened to prevent looting late on Friday and early on Saturday. “The situation is calm and under control”, he said. Positions that had been occupied by armed groups were no longer occupied.

Touadéra won the presidential election on 4 January, an outcome rejected by his political opponents who dispute the results. Approximately 50% of registered voters took part in the election since many were unable to vote in occupied areas.

According to the UN, rebels came closest to the capital Bangui on Wednesday, an attack that was repulsed with one peacekeeper killed.

On Friday, the UN High Commissioner for Refugees warned that the number of people fleeing violence doubled in the week after the presidential election and now stood at 60,000. Of these, more than 50,000 had fled to the DRC, with about 10,000 arriving there on just on Wednesday.