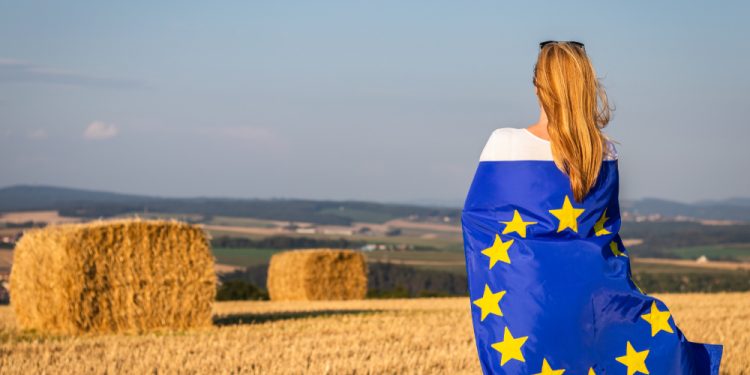 Brussels (Brussels Morning): Uncertainty surrounds the reform of the EU’s farming policy, attempts at which began under the previous Commission headed by Jean-Claude Juncker. The European Parliament came out with an internal agreement in October, a compromise between the biggest political groups (the Socialists, the Liberals’ Renew group and the Conservatives’ EPP),  and move that especially angered the Greens and environmental campaign groups.

The Commission hinted that it might withdraw its original proposal to start anew, aiming at a redo of the agricultural policy that would support the EU’s sustainability aims and greening policies. The Common Agricultural Policy (CAP) reform compromise, as it stands, has been labelled greenwashing and an attempt at “killing off” nature for good.

Commission President von der Leyen has hinted that she might share the scepticism about whether the CAP reform would be in line with the present Commission’s Green Deal flagship initiative. The Commission’s environmental aims build on the Farm-to-Fork strategy, that seeks to promote closer links between farmers and consumers and healthier diets, and the initiative to counter the loss of biodiversity.

This week, the Commissioners met in a seminar to debate how to further the climate aims. Negotiations will have to resume, with an EU agriculture ministers meeting scheduled in ten days. Meantime, the debate among environmental campaign groups on the CAP in Brussels is picking up.

Some of the environmental aims that ministers are expected to deliver count as part of the EU’s climate policy. However, climate NGOs warn that if the farming policy is agreed as per the October compromise in the European Parliament, the baseline scenario of environmental conditionality will be eroded in favour of industrialised agriculture, weakening the environmentally friendly elements of the proposal to such an extent that it could lead to a scenario leaving nature worse off than if present policies were continued.

The emissions reduction target that would apply to farming would be reduced, which is incompatible with the green policies that Commission touts in other sectors.

A coalition of NGOs, among them Greenpeace and Friends of the Earth Europe, would favour extending the present terms for EU’s farm subsidies under the current system for another two years, while having the Commission table a new proposal that would have the EU’s farmers transition away from industrial agriculture. Birdlife Europe points to the devastating effects of highly intensive agriculture in terms of biodiversity loss, overuse of water and agriculture acting as direct pollutant.

“They are really not listening to the public demand”, says Harriet Bradley, EU Agriculture Policy Officer with BirdLife Europe, referring to the current political compromise on the farm bill, which  has yet to be finalised in talks with EU ministers.

“The Parliament brought in loopholes, such as allowing for growing certain crops without having to set off the greening space”, she explains.

Farmers are required to fulfil certain conditions for receiving the basic farm payment under the CAP, such as designating some areas as non-productive and leaving them in a natural state, which is vital for biodiversity.

“The greenwash was similar in other respects as well. They weakened the ecological schemes, and some of them are to be funded so that they have only a weak impact and don’t bring about significant pesticide reduction.”

Political groups behind the push for a compromise on the farming bill profess to green values whereas the passing of the bill would signify a real set-back for the environment, according to campaign groups.

“The farm lobby is pushing for it”, Bradley says. “They write rules so that things don’t have to change on the ground. They want to have flexibility and keep telling the public to bring CAP in line with the Green Deal.”

The agro-industrial complex is well-represented in Brussels. The interest is a given since; of the total EU budget, some 387 billion is set aside for support to farming over seven years.

“They keep pushing to intensify agriculture, but we want to retain safeguards against flexibility being used to fund harmful things within the environmental conditionality”, Bradley insists.

There is a great deal of expectation building up on the Commission to return to the drawing board and come up with another draft of the CAP reform.

One of the contentious issues is that agro-industrial stakeholders have been pushing for precision farming to be recognised as an ecological scheme under the new CAP.

“The want the ecological schemes to pay for animal welfare and precision farming; things that are not going to have major environmental results”, Bradley warns. “In terms of biodiversity, they said they would save it and then they do the opposite with the CAP because there are so many powerful interests.”

Another issue is the estimate of how much the EU spending on agriculture contributes to mitigating climate change.