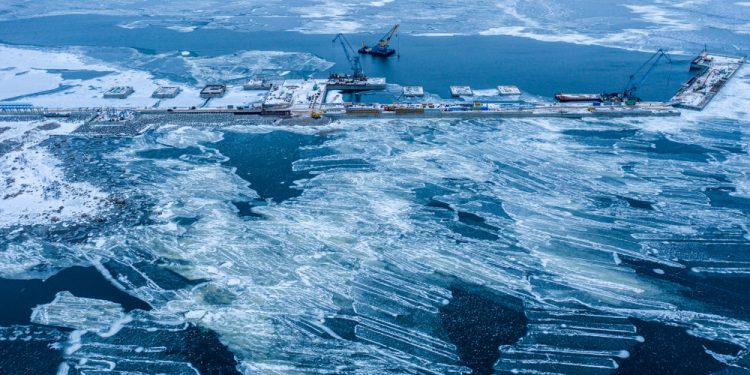 Construction of berth facilities for the project of "Nord stream"and" Nord stream 2". The City Of Vyborg. Construction. The project is designed to work with liquefied natural gas. Baltic sea.

Brussels (Brussels Morning) The US Department of State this month warned European companies it believes are involved in the Nord Stream 2 gas pipeline project that sanctions are in the works, according to two unnamed US government sources, Reuters reports.

The sources noted that the outgoing US administration is preparing sanctions against the Russia-Germany gas pipeline expansion and added “we are trying to inform companies of the risk and urge them to pull out before it’s too late.”

The US Department of State is to issue the report on companies involved in the project by Friday, according to the sources. This will include companies working on construction of the pipeline as well as those providing insurance and verifying construction equipment.

Friction between the US and Russia

The pipeline project has exacerbated tensions between the Washington and Moscow since it would strengthen Russia’s hold over Europe and, in bypassing Ukraine, deprive it of transit fees. In addition, the project presents direct competition to US liquefied natural gas exports to Europe.

On the other hand, Moscow and Berlin insist the project is entirely commercial in nature. Germany maintains it needs natural gas to phase out coal and nuclear as sources of power generation.

The Russian Gazprom energy company put the Nord Stream 2 project on hold in December 2019 after the US imposed sanctions, but resumed with it a year later with approximately 100 kilometres of the pipeline still to be completed.

According to an unnamed US industry source, the outgoing US administration has been looking into the activities of European companies relating to the pipeline project since October of last year. It was in October that US Secretary of State Mike Pompeo warned investors in the Nord Stream 2 pipeline that they could face sanctions.

As recently as 1 January this year, the source noted, the US Department of State had been pursuing inquiries into the companies’ wind-down activities.