EU’s latest attempt at transparency – too little, too late 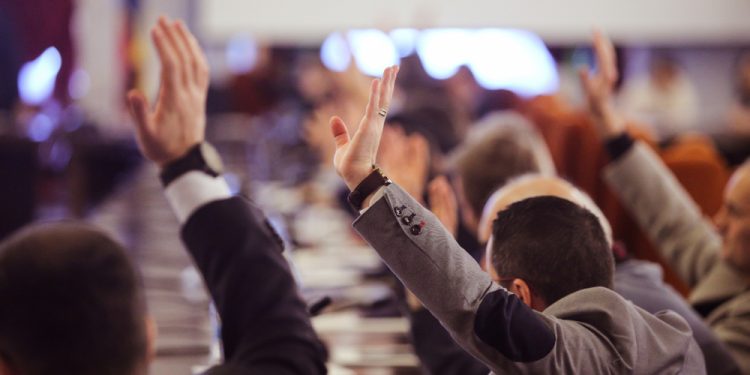 Brussels (Brussels Morning) Just before Christmas, EU institutions rehashed a proposal for greater lobbying transparency that had been on the table for the previous five years.

Having set out to establish a register in which it would be mandatory to record all lobbying-type contacts with institutions of the EU, European Parliament and ministerial council officials also considered the requirement should apply to the activities of the Brussels offices of countries when holding the rotating EU presidency.

The stipulation to disclose details of communication campaigns, and meetings and events aimed at influencing decision-making processes now extends to foreign diplomatic and other foreign country representations.

However, activities such as spontaneous meetings, the provision of legal advice or responses to information requests by EU institutions are not subject to the need for registration. Also, social partners, political parties, intergovernmental organisations and EU member state public authorities are not required to comply with disclosure oblgations when it  comes to their interactions with lobbyists.

The transparency register was first set up in 2009 for voluntary disclosure of information by associations and companies attempting to influence EU decision-making at different levels within the administration.

The five-year negotiations resulted in lobbyists having to declare their aims and identify their clients as well as their funding, so that sources could be scrutinised more closely. However, instead of a fully mandatory register recording all lobbying activities aimed at influncing EU legislators and legislation, the sought-after improvements fell short of the mark.

“The Commission does publish meetings for its highest echelons so they wanted that to apply to other institutions,” Vitor Teixeira, political integrity coordinator with Transparency International in Brussels, says. “In the European Parliament, members said it was against their freedom of mandate to publish all their meetings and to require registration. But they are still free to meet any citizen or person in an individual capacity and are not hindered from contacting people.”

The definition of lobbying, or interest representation, includes any type of activity that is aimed at influencing policy or legislation at EU level. MEPs are required to limit their meetings to registered lobbyists.

“It is not a mandatory register!” Teixeira exclaims. “Any person can still continue meeting assistants and policy advisors. They made a big battle of the MEPs’ meetings to take away the focus of everybody else in the EP.”

The transparency requirements on meeting only with registered lobbyists neither cover nor apply to officials working for individual EU member states or those meeting in working groups ahead of the ministerial meetings to prepare and adopt legislation.

“They said they could not make any commitments or be obliged to disclose meetings as the EU countries’ permanent representations fall under national law and not EU law,” Teixeira argues. “It is a bit odd that these two institutions find loopholes and go against democratic principles which would require that they tell their own citizens who they are meeting on their behalf.”

The country holding the EU presidency should disclose its meetings with lobbyists, as should the country preparing to take over the presidency, if only as a result of a voluntary commitment to publish that the meetings took place.

Meetings held in member state capitals on EU affairs are not subject to the disclosure commitment. Another problem is the quality of information entered in the lobby register. Since details are not verified, information such as a lobby organisation’s turnover and associates can be insufficient or even incorrect.

“There was some progress so it was a good step; the register could work better but it certainly is not mandatory,” Teixeira explains.

Talks are to begin on a new independent body, which would be separate from the lobby register. The Commission’s ethics body would look at conflicts of interest issues such as the revolving doors syndrome, when former officials join organisations or companies with direct links to their previous area of expertise, an indication of potential conflicts of interest.

“This will be a soap opera with people trying to limit the mandate of this body, a bit like with the register,” Teixeira believes. “The issue of legislative transparency as a whole should be tackled, as swell as accountability, but that would be the case under this new body.”

The new agreement on the transparency register is still under consideration by the European Ombudsman, Emily O’Reilly. Her office declined to comment when apporached by Brussels Morning. The Ombudsman’s office functions as an independent oversight body with the authority to investigagte cases of maladministration in EU institutions.

On numerous occasions, the Ombudsman has seen fit to criticise the EU’s ministerial meetings and the whole Council administration for lacking transparency and openness, given that scarecely any information is disclosed from working level meetings and is similarly sparse when ti comes to discussions among heads of government.

Most documents are confidential and individual EU memner state positions in most negotiations are likewise kept under wraps. Not only does that show a lack of transparency in the legislative process, given that the Council is a co-legislator along with the European Parliament, but it also points to a lack of political accountability, the very core of the democratic process.

Transparency campaigners in Brussels lament that the agreement is not yet public.

”For the first time, lobby consultancies and law firms lobbying on behalf of non-EU countries will have to disclose these contracts in their declarations. This is a welcome development, because lobby and PR firms are often working in Brussels to whitewash the reputation of human rights abusers or promoting specific trade positions from outside governments,” Margarida Silva, a researcher with the Corporate Europe Observatory (CEO), told Brussels Morning.

”This reform set out to make the register de facto mandatory by imposing the condition ’no registration, no meeting’ on the Commission, Parliament and Council. Yet, they have failed to do this in a meaningful way,” Silva says. ”As it stands, unregistered lobbyists will still be able to lobby the EU Institutions without any scrutiny or control.”