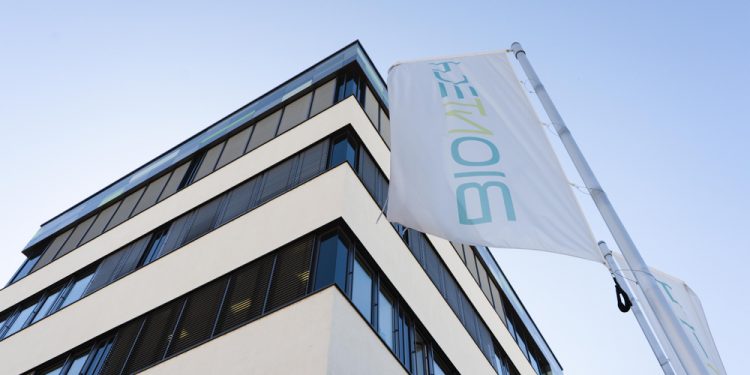 Brussels (Brussels Morning) German pharmaceutical company BioNTech, which developed the first COVID-19 vaccine in the market in partnership with the US-based pharma giant Pfizer, announced it expects to produce some 2 billion doses of the vaccine, as it aims to boost its manufacturing, reported Reuters on Monday.

The company has previously planned for production of around 1 billion doses – sufficient for vaccinating 500 million people as two shots three weeks apart are required for full effect. However, company CEO and founder Ugur Sahin announced on Monday that the firm is hoping to double the figure of doses committed for this fiscal year.

Sahin noted that the company currently has three manufacturing sites in the United States, and three in Europe operating or coming online soon, with the recent acquisition of a former Novartis site in Marburg, Germany, in September.

Another factor increasing the number of expected doses to be made available were the use of so-called low dead space syringes, which waste significantly less fluid per shot, making a standard vial worth six doses of the vaccine, instead of five.

At a presentation given during the J.P. Morgan Healthcare Conference, the company also shared plans to expand the group of viable recipients to include pregnant women and children, and noted it is working on a more stable variant of the vaccine, which will not pose logistical challenges with the requirement to be stored at extremely low temperatures.

The company has already delivered 32.9 million doses of its vaccine, with a total of 50 million doses produced by the end of 2020. This figure, the company claims, is in line with its plans, though additional deliveries had been held until specific orders are placed, in order to avoid excess storage time.