American democracy at home and abroad 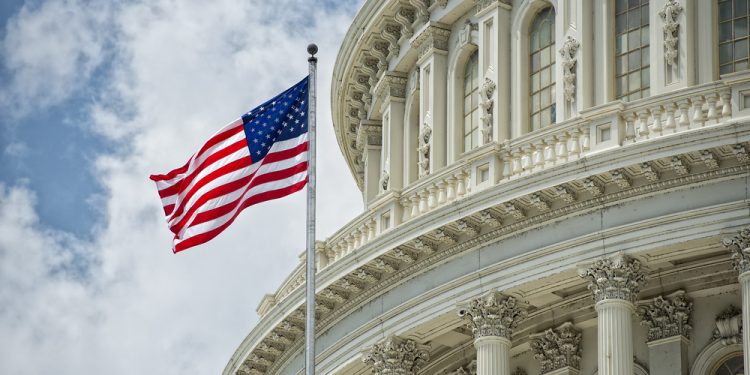 New York (Brussels Morning) The sixth of January was one of the most jarring and perhaps consequential days in modern American history. The politics, as well as the events and images from that day, will not be forgotten easily, if at all. It was also a day when the rest of the world reacted to what was occurring in Washington with concern, disdain, and a range of other emotions.

Because America is still the most powerful country in the world, incidents like those of 6 January are inevitably of global importance. The American media and political class are acutely aware . Therefore, it was almost impossible to watch any coverage of this without a pundit or newscaster reminding us that the world watched as the Capitol was stormed by thugs aligned with US President Donald Trump.

Once order was restored and the process of certifying Joe Biden’s electoral college victory resumed, several members of Congress noted that the world looks to America as a symbol of democracy and these events shattered that image. Jeanne Shaheen sought to make this point by relating an anecdote from the 2012 election in Georgia-a bit too generously to then Georgian president Mikheil Saakashvili-which sought to make the point that other countries look to the US as a model for free and fair elections and peaceful transitions of power.

This notion that the US is eternally exceptional, a model for the rest of the world and, as President Ronald Reagan described it “a shining city on a hill,” is something that Americans are taught implicitly and explicitly from a very young age. It is also essentially a national myth that reflects American’s inflated image of itself more than reality. It is true that millions of people admire America and see it as an important democratic model, but it is also true that millions more see the US through a lens that is less rose tinted.

In my travels to the fifty or so countries where I have worked, studied, attended conferences or vacationed it has become very clear to me that people all over the world, even many who like the US, are deeply aware of America’s ample flaws. This has been evident to me in many ways. Our history of slavery and racism is not exactly a secret beyond our borders. In the early part of this century, one of the challenges I confronted working on democracy assistance projects in several countries was that democracy activists, and sometimes government officials, occasionally made it clear that they thought the 2000 presidential election had been stolen by George W. Bush.

Similarly, I have spent hours trying to explain, but not justify, the electoral college, which most people with whom I have discussed the topic outside the US understand to be a barrier to real democracy. While working on a project in Jamaica in 2019, my Jamaican colleagues were acutely aware, and not exactly happy, that Donald Trump had referred to countries like theirs as “sh%tholes.”

It is true that many people all over the world were shocked and concerned by what they saw in Washington on 6 January, but millions have also anti-embraced anti-American sentiments, often quite strongly, for decades. This includes not just angry terrorist and extremists, but many who simply disapprove of various US wars, presidents, policies or democratic shortcomings. Any American who has travelled broadly knows that much of the world has a love-hate relationship with the US, but despite this powerful Americans, including those on the floor of the American Congress, cling to the jingoistic notion that we are a democratic light unto the world.

This belief is not just wrong, reflecting a self-serving myopia by America’s leaders and media, but it continues to make it more difficult for the US to resolve its democratic crisis. The US is not a uniquely democratic country that is a model for the rest of the world, as our propaganda suggests. Rather, it is one of a group of democratic countries struggling with the same challenges, which include everything from ensuring fair elections and combating disinformation campaigns to rising ultra-nationalism and growing wealth disparities.

Given the acute democratic crisis of the last several years in the US that culminated, but most definitively did not begin, with the events of 6 January, Americans would be wise to recognise that rather than pretend we are the leading democratic light of the world, we are better served by working with our democratic friends and allies to learn from their experiences and apply that knowledge to strengthening American democracy. This requires a humility that does not come easily to Americans on the global stage, but that is increasingly important for the survival of our democracy.

The events of 6 January should shake America’s self-perception to its core. We are now one of many countries where insurgents have stormed the Capitol and where a defeated autocrat has sought to remain in office after a defeat at the polls. This should be a wakeup call that the US is just one of many countries struggling to strengthen and maintain its democratic standing. Sadly, too many of our leaders prefer to continue their jingoistic slumber.