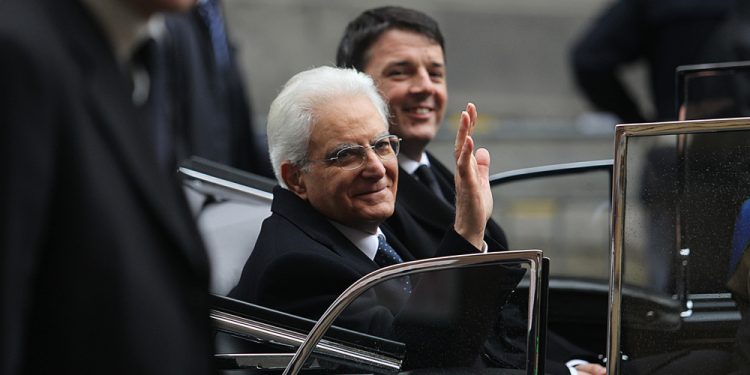 Brussels (Brussels Morning) Italy’s President Sergio Mattarella is calling on the ruling coalition to back the EU recovery plan before tackling the brewing political crisis affecting the government, according to Italian media, Reuters reports.

Prime Minister Giuseppe Conte and his coalition partner, former PM Matteo Renzi, are due to face off this week over their disagreements on how to handle the country’s economic situation. The outcome could topple the government amid the coronavirus crisis.

Renzi’s party Italy Alive helps Conte maintain a majority in the parliament but is criticising the government’s plan for reviving the economy, and is calling for radical changes to the proposal.

The cabinet meeting slated for Wednesday could be the turning point since Conte is to ask ministers to support his plan. Should Italy Alive’s two ministers reject the proposed plan, Conte could be pressured to resign, which would push Italy into a political crisis.

President Mattarella does not have the authority to prevent Italy Alive from leaving the ruling coalition, but he could try to persuade the party while making his case in the local media, which frequently serve as a platform for his views.

If the government is toppled, the coalition partners could reach an agreement on a cabinet reshuffle, which could cost Conte his seat. Another option is for Mattarella to form a government of national unity with the aim of tackling both the economic and health crisis.

If all other avenues are exhausted, Italy could hold early elections, which would be about two years ahead of time. However, this outcome seems unlikely given that Italy is hard-pressed to address the coronavirus emergency having suffered the sixth highest death toll in the world.

Appearing on Italian television last week, Pope Francis stressed the importance of showing political responsibility, especially amid the coronavirus pandemic. He observed that conflicts are unavoidable, but pointed out they should not take priority over efforts aimed at overcoming the crisis.

“We need to emphasize the unity of the country, the church and society,” the Pope declared.