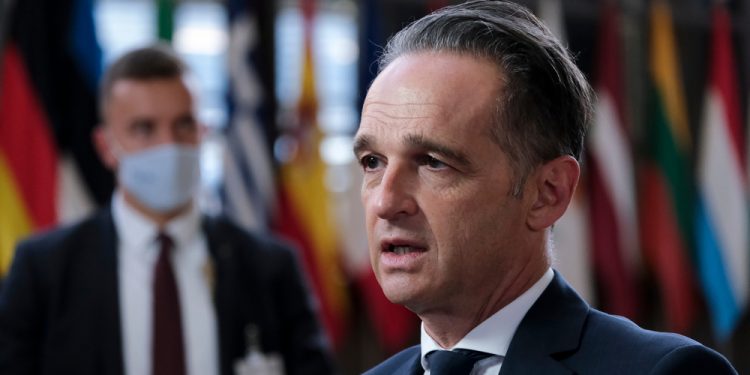 Brussels (Brussels Morning) Germany’s Minister of Foreign Affairs Heiko Maas wants the EU and the US to launch a pro-democracy initiative, DW reported on Saturday.

Maas sees democracy in the EU as being interlinked with last week’s events in the US and is calling for the establishment of a “Marshall Plan for democracy.”

Lead-up to the call

Maas condemned Wednesday’s events when protesters entered the US Capitol as lawmakers were assembled to certify the results of the presidential election. “We must not yield any room to the enemies of liberal democracy,” he declared, stating that this goes for the US as well as Germany and the EU.

“We are ready to work with the United States on a joint Marshall Plan for democracy,” Maas told DPA in an interview on Saturday. The Marshall Plan was the US economic campaign to rebuild the countries of Western Europe in 1948.  Germany was among the biggest beneficiaries.

While Maas did not elaborate on the idea, he noted US President-elect Joe Biden’s call for the formation of a network of democratic nations, while also welcoming Biden’s push for political reconciliation in the US.

Connection between the US and the EU

Maas said he believed that democracy in Europe is not possible without democracy in the US. He also pointed out how Germany and France had established the Alliance for Multilateralism in 2019 and that it now comprises more than 20 countries.

He went on to say that it is only by working together that we can preserve “the belief in cohesion, in democracy as the most humane form of government, and in the persuasive power of science and reason.” It was crucial for the future of both that the EU and the US address the roots of social divisions, he declared. The US and the EU are the closest and most natural partners for achieving this goal in the 21st century, he added.