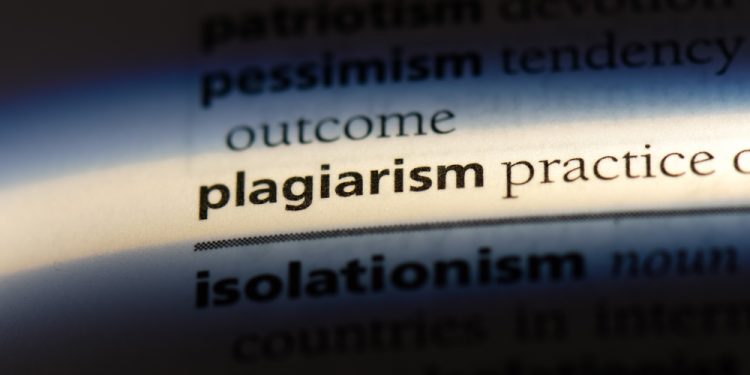 Plagiarism word in a dictionary.

Brussels (Brussels Morning) Austrian Labour and Family Minister Christine Aschbacher resigned on Saturday, in response to rising allegations about plagiarism regarding her university and doctorate theses, dpa reported on Sunday.

In announcing her resignation, Aschbacher did not admit any guilt. She explained her decision to step down was made in order to protect her family from “hostility, political agitation and insults”.

“I have always written my papers to the best of my ability and judgement to reach academic titles,” said Aschbacher in a statement, “and I trusted the evaluation of renowned professors.”

The 37-year old conservative politician, a member of Chancellor Sebastian Kurz’s ÖFP party, had become the target of well-known plagiarism expert Stefan Weber, after he began analysing her academic papers in a series of blog posts on Thursday.

According to Weber, portions of her Master’s thesis at a college in Wiener Neustadt were lifted from sources that were not properly cited, including the thesis summary. Reportedly, one-fifth of the text of a thesis she submitted to the Technical University of Applied Sciences in Bratislava last year had been copied from other sources, again without proper citations, including an article from Forbes magazine. Supposedly, she even lifted the author’s claim of working with “hundreds of teams”.

Facing attacks from the media and the opposition, Aschbacher rejected Weber’s analyses, describing them as “insinuations”, and claiming she is a victim of prejudice by “the media and political comrades”.

Chancellor Kurz issued a brief statement on Twitter, saying he “respects” Aschbacher’s decision. “I thank Christine Aschbacher for her dedication in the past, very demanding year,” said Kurz. “As Minister of Labour and Family Affairs, Christine Ashbacher worked, together with employees of her Ministry, in an unprecedented crisis situation every day with full dedication.” He announced he would be naming her successor on Monday.