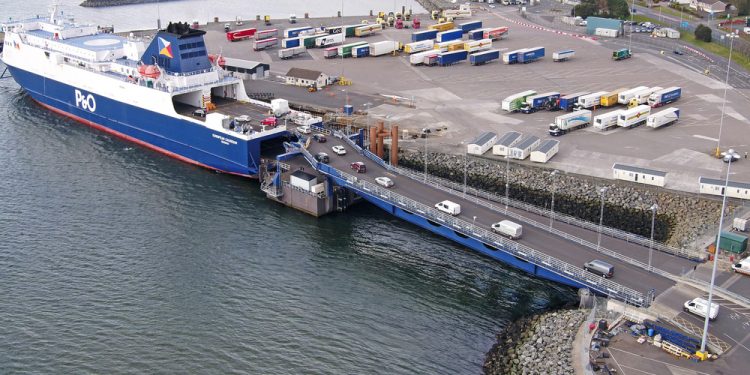 While Northern Ireland is part of the UK, it is has remained in the bloc’s single market although out of the EU, while the Republic of Ireland remains in the EU.

The Road Haulage Association (RHA) said there were disruptions moving freight into Ireland due to necessary checks on food products from other parts of Britain.

Another set of checks take place between Britain and the Republic of Ireland as well.

RHA implored relaxing the process and around foodstuffs and custom forms “would help traders to ship goods that have struggled to move over recent days”, the BBC reported.

“The problems have led to gaps in supermarket shelves and lorries delayed at ports because of problems with red-tape and the situation is worsening”, added RHA.

Meanwhile, Scottish fishers have stopped exporting their catch to EU markets, saying a series of bureacratic requirements have led to delivery delays and added costs of each load, according to a report by Reuters.

“We are fresh product and the customers expect to have it fresh, so they’re not buying. It’s a catastrophe”.

Time taken to address teething problems in the wake of Brexit proper has led some firms, such as Scottish logistics provider DFDS Scotland, to halt export transportation for a few days.

Britain officially left the EU on 31 January 2020 but still had access to the bloc until the end of the year while a trade deal was negotiated, the text of which was agreed one week before departure.

The decision to leave the bloc occurred after a referendum in 2016, but there were clear divisions across Britain’s own union, particularly with Scots overwhelmingly wanting to remain.

Scottish First Minister has since used the Brexit fallout as a carrot for independence, while in Ireland and Northern Ireland, there are murmurings for reunification.

Some disruption has been anticipated post-Brexit, and the Federation of Small Businesses said many UK firms had paused imports and exports into Europe to see how changes settle before deciding how to move forward.