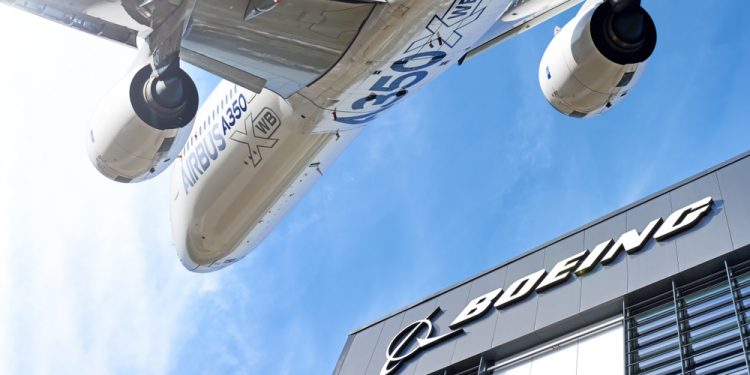 Brussels (Brussels Morning) Germany is calling on the US to scrap tariffs in the Airbus-Boeing dispute with the EU, Bloomberg reports. Germany’s Finance Minister Olaf Scholz says both sides should do away with tariffs on each other’s exports, claiming it would be advantageous to both.

The US and the EU have been at odds over subsidies to Airbus and Boeing for close to two decades. Now, EU officials are announcing plans to start talks with the incoming US administration in order to try and find a solution to the long-standing dispute.

In 2019, the US imposed tariffs on EU exports worth US$ 7.5 billion annually and the EU retaliated in 2020 by slapping tariffs on US goods worth 4 billion.

At the end of the last year, the US imposed tariffs on more EU products, stressing the bloc’s tariffs on US exports call for “some measure to compensate for this unfairness.” The tariffs targeted EU-made aircraft manufacturing parts, wines, cognacs and other brandies from Germany and France.

According to the Office of the US Trade Representative, the total value of EU goods targeted by sanctions remains at US$ 7.5 billion and the move is aimed at matching EU’s sanctions against the US.

Scholz told Bloomberg Television on Thursday that tariffs are not the best idea in trade relations, while calling on the US to “put away sanctions and not increase them.”

Airbus and Boeing should be allowed to compete without the EU and the US imposing sanctions against each other, he said. Both sides should dedicate themselves to finding a way to de-escalate the situation, he added.

Both Airbus and Boeing are struggling amid the coronavirus crisis. The recent surge in infections could further exacerbate the problems the two companies and their home countries are facing.