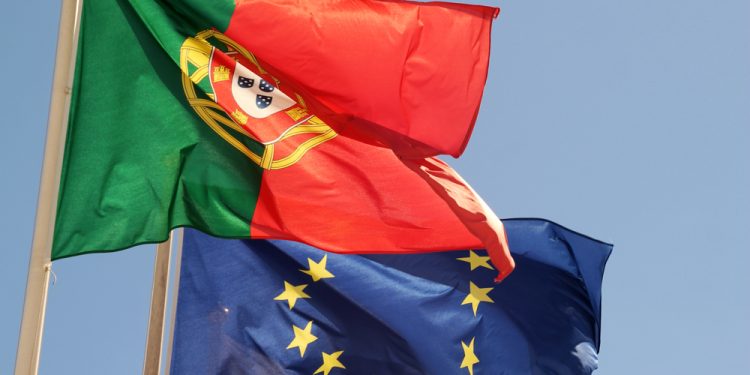 Flags of Portugal and European Union

Brussels (Brussels Morning) Portugal, as holder of the EU’s rotating presidency, is planning to close out the free trade agreement between the EU and the South American trade bloc Mercosur, Reuters reports.

Portugal’s Minister of Foreign Affairs Augusto Santos Silva says there has to be evidence of real progress since failure to reach a deal would tarnish the EU’s reputation. Portugal recognises this obligation, especially since the credibility of the largest trading bloc in the world is at stake. Mercosur is the world’s fourth-largest trade bloc.

Santos Silva also notes that France and Ireland should not deflect concerns about the EU’s importations of meat by focusing on the environment. EU member states could benefit from exporting more to Latin America, he maintains.

In a move against protectionism, the EU and Mercosur, which comprises Argentina, Brazil, Paraguay, Uruguay and Venezuela, agreed in June 2019 to reach a free trade agreement. Although Venezuela is a full member, it has been suspended since the end of 2016.

France and the EU Parliament have opposed finalisation of the trade deal, insisting that Mercosur has to work harder to meet its Paris Agreement obligations and noting too that Brazil in not doing enough to curtail deforestation in the Amazon.

The Brazilian government rejects the criticism, maintaining that it is doing enough to curb deforestation in the Amazon and to protect the environment.

This friction highlights a characteristic of EU trade agreements, which extend beyond the sphere of trade to reflect the bloc’s foreign policy and environmental protection goals.

The President of Argentina, Alberto Fernández, has indicated plans to renegotiate parts of the deal, raising doubts about Mercosur’s commitment to the agreement with the EU. Although Fernández may want to restart talks, Santos Silva is adamant that negotiations will not be reopened.